The Larimer County Board of Health is pleased to announce that the Health District of Northern Larimer County (HDNLC) and its executive director, Carol Plock, will receive the 2010 Joseph Jabaily Public Health Hero Award. The award is given yearly in honor and remembrance of the many contributions to public health and the selfless spirit of Dr. Joseph Jabaily, a Loveland neurologist who died tragically in a charity bicycle race in the summer of 2004.

As stated in one nomination: “The Health District of Northern Larimer County (HDNLC) exemplifies the meaning of ‘public health hero. ’ The agency steps up to fill gaps, to create links, to lower barriers and to offer support in meeting the community’s health priorities. ” 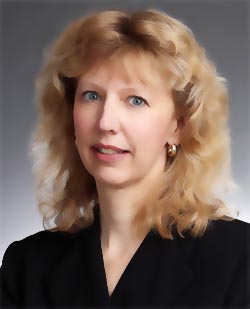 [2]Under the 16-year leadership of Carol Plock, and guided by its mission to improve the community’s health status, the Health District has served the residents of Northern Larimer County since 1994 through strategic partnerships, community assessments, program planning, health policy initiatives, community education, programs and services, and planning for and responding to public health emergencies. Some programs emerging from their assessments of community health needs include dental health care, connections to mental health services, prescription assistance, health promotion including nutrition counseling and smoking cessation classes, immunization services, and policy analysis on public health topics such as fluoride use, health care reform, and secondhand smoke.

“Since its beginning, the Health District has served as a model for making a positive impact on community health, ” said Dr. Adrienne LeBailly, director of the Larimer County Department of Health and Environment. LeBailly added that the Health District most recently demonstrated its commitment to public health by its valuable partnership throughout the 2009 H1N1 influenza response.

“Nearly every one of the 18,000 people who were vaccinated through the H1N1 mass vaccination clinics were in some way impacted by the assistance of the Health District, ” said LeBailly. “Under Carol’s vision and leadership, the Health District stepped up from the start, offered assistance with planning, volunteer recruitment, staffing, and communications, and then worked side-by-side with the Health Department in key H1N1-related functions.

“Their leadership, programs, services, and partnership have been and continue to be essential in addressing the ongoing and emerging public health needs of our community, ” added LeBailly. “They are very deserving of this award. ”