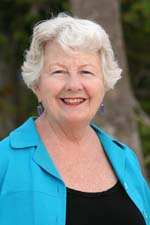 The so-called New START, the Strategic Arms Reduction Treaty with Russia, is poised for an historic ratification vote in the Senate this year. Three more major international treaties are also lined up on President Obama’s ratification to-do list: the Comprehensive Nuclear Test Ban Treaty, the UN Convention on the Law of the Sea, and CEDAW, the Convention on the Elimination of All Forms of Discrimination Against Women.

CEDAW is a landmark international agreement that affirms principles of fundamental human rights and equality for women and girls around the world.

Our role as a human rights defender would be improved mightily by ratifying CEDAW, reasserting the United States as a strong global leader in standing up for women and girls in countries worldwide. The resulting glow of praise for the Senate from half the planet would result in more positive action.

Advancing women’s human rights worldwide is fundamental to America’s national security interests and a cornerstone of our foreign policy. CEDAW ratification would amplify the U.S. voice in defense of women and girls at a time when their rights, even their clothing, are a global battleground. It would send the strongest possible signal that America is back as an international team player on the one hand, while reasserting our proud bipartisan tradition of promoting and protecting human rights on the other.

At the moment, only seven of the United Nations’ 193 member countries have not ratified CEDAW – Iran, Sudan, Somalia, three small Pacific island countries (Nauru, Palau and Tonga), and the United States. Such embarrassing bedfellows! And being in their company weakens our impact in calling for women’s protections in other nations.

CEDAW offers a practical blueprint for action that every country can use to make progress toward ending discrimination – even ours. American women enjoy opportunities and status not available to most of the world’s women, but few would dispute that more progress is needed here, such as in ending domestic violence and closing the pay gap between men and women.

Importantly, CEDAW would not lead to any automatic changes in U.S. law, and at a time when we are worried about the deficit, there is no additional cost. This treaty provides a framework for the continuing national dialogue on women’s equality, as it does in every country. Similar treaties outlining global consensus on genocide, torture and race relations won ratification under the leadership of Presidents Reagan, Bush and Clinton.

Every country has a different starting point, and CEDAW offers governments and women alike a view of what non-discrimination looks like. Many countries have overhauled their laws and policies because of CEDAW. Mexico City, for example, responded to a destabilizing epidemic of violence against women by using CEDAW terms in a General Law on Women’s Access to a Life Free from Violence, and all 32 Mexican states have now adopted it. Kenya used CEDAW to address differences in inheritance rights, eliminating discrimination against widows and daughters of the deceased. Kuwait recommended changes to its electoral law extended voting rights to women in 2005 based on CEDAW, and Bangladesh broadened access to education and vocational training for girls. Such examples are legion.

Basic health care, education, the right to work, to vote, to own property – it’s not news that girls and women are still denied those in too many places, or that they are forced or sold into marriage to much older men, or that violence against them is rampant, especially during conflict situations. Yes, some countries have ratified CEDAW and still discriminate against women – Saudi women still cannot drive cars, for example – but women in ratifying countries can and do demand that their governments live up to their CEDAW commitments.

That pressure would be much stronger if the United States joined the CEDAW community. The American public strongly supports the principles of education, equality, fairness, and basic human rights. CEDAW ratification requires 67 Senate votes. So please, senators, as you debate the New START, remember that women worldwide would get a new start as well from U.S. ratification of CEDAW.

Tarr-Whelan is a Demos Distinguished Senior Fellow on Women’s Leadership and a former Ambassador to the UN Commission on the Status of Women.