On whistleblowers and government threats of investigation [2]

We followed Wednesday’s story [3] about the NSA’s bulk telephone record-gathering with one yesterday [3] about the agency’s direct access to the servers of the world’s largest internet companies. I don’t have time at the moment to address all of the fallout because – to borrow someone else’s phrase – I’m Looking Forward to future revelations that are coming (and coming shortly), not Looking Backward to ones that have already come.

But I do want to make two points. One is about whistleblowers, and the other is about threats of investigations emanating from Washington:

1) Ever since the Nixon administration broke into the office of Daniel Ellsberg’s psychoanalyst’s office, the tactic of the US government has been to attack and demonize whistleblowers as a means of distracting attention from their own exposed wrongdoing and destroying the credibility of the messenger so that everyone tunes out the message. That attempt will undoubtedly be made here.

I’ll say more about all that shortly, but for now: as these whistleblowing acts becoming increasingly demonized (“reprehensible”, declared [4] Director of National Intelligence James Clapper yesterday), please just spend a moment considering the options available to someone with access to numerous Top Secret documents.

They could easily enrich themselves by selling those documents for huge sums of money to foreign intelligence services. They could seek to harm the US government by acting at the direction of a foreign adversary and covertly pass those secrets to them. They could gratuitously expose the identity of covert agents.

None of the whistleblowers persecuted by the Obama administration as part of its unprecedented attack on whistleblowers has done any of that: not one of them. Nor have those who are responsible for these current disclosures.

They did not act with any self-interest in mind. The opposite is true: …

Edward Snowden: saving us from the United Stasi of America [5] 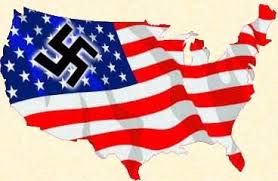 In my estimation, there has not been in American history a more important leak than Edward Snowden’s release of NSA material [6] – and that definitely includes the Pentagon Papers 40 years ago [7]. Snowden’s whistleblowing gives us the possibility to roll back a key part of what has amounted to an “executive coup” against the US constitution.

Since 9/11, there has been, at first secretly but increasingly openly, a revocation of the bill of rights for which this country fought over 200 years ago. In particular, the fourth and fifth amendments of the US constitution, which safeguard citizens from unwarranted intrusion by the government into their private lives, have been virtually suspended.

The government claims it has a court warrant under Fisa – but that unconstitutionally sweeping warrant is from a secret court, shielded from effective oversight, almost totally deferential to executive requests. As Russell Tice, a former National Security Agency analyst, put it [8]: “It is a kangaroo court with a rubber stamp.”

For the president then to say that there is judicial oversight is nonsense – as is the alleged oversight function of the intelligence committees in Congress. Not for the first time – as with issues of torture, kidnapping, detention, assassination by drones and death squads –they have shown themselves to be thoroughly co-opted by the agencies they supposedly monitor. They are also black holes for information that the public needs to know. ..