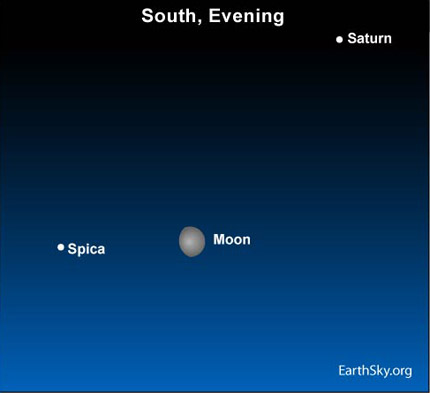 No, the phases will be smaller next month. That is because the lunar month – the month as measured by the cycle of the moon’s phases – lasts some 29.5 days. The lunar (or synodic) month is 2 days longer than the sidereal month: the moon’s full-circle trip through the stars.