Area resident Wanda Smith, who is also an EMT, is prepared for transfer to a back board by Berthoud Fire Department firefighters and paramedics, following a car accident on Wednesday, March 24. Smith, who was driving the classic 1960s Volkswagen Beetle she’s owned since she was 16, was struck from behind by a full-sized SUV while waiting to turn left from west Highway 56 onto N. County Road 19.

With a citizen turnout normally reserved for controversial annexation requests, Berthoud residents, business owners and concerned citizens packed the Town Hall boardroom for the Tuesday, March 31 Board of Trustees meeting.

The majority of those in attendance were there in regards to the continuing controversy surrounding Berthoud’s economic development and two March 11 letters, one from the Berthoud Economic Resource Team and the other from the Berthoud Economic Advisory Committee, encouraging the board not to renew Town Administrator Jim White’s contract. BERT is an advisory committee formed through a Town Board ordinance in August 2008 and BEAC is a private committee comprised of local business owners and residents. Several members are in both committees.

Although the board had voted unanimously in favor of renewing White’s contract for one year at a March 3 executive session meeting, a final signed contract has still been in the works with additional review reportedly scheduled for Tuesday’s executive session.

Both letters cited the recent loss of an economic development consultant hired in October, and White’s subsequent attempts to bring in a temporary replacement as items of concern. Several of those who signed both documents voiced those same sentiments at a previous Town Board meeting.

Not all business owners or residents agree though. Carolyn Creager, owner of the Berthoud Athletic Club on Mountain Avenue and a 13-year resident, stated, “As a community we’re not stepping up and realizing what you guys [the board] do for us, and what the BERT committee does for us and what Jim does for us.” She went on to add, “People really need to work together on these issues.”

Creager also thanked the board for their hard work, dedication and countless hours spent on behalf of Berthoud’s welfare. “All of you sitting up here have taken the time out of your lives to make it a priority in your life to give your time, and I don’t think you hear that enough. So I want to say thank you for all that you do for us.”

West Berthoud resident Scott Crossen told board members “What’s been occurring over the past few weeks, and perhaps even longer, has been very disconcerting.” Like Creager, he believes the key to Berthoud’s success is unity. “I think it’s very important that, collectively, we state putting aside differences and start working together because there’s no stopping us if we do that.”

Following the public comment period, the board adjourned to their executive session meeting. Following two hours of discussion during their executive session, the board directed Town attorney Bruce Fickel to rewrite White’s contract. The board also voted to add two new members to the BERT committee, one as a replacement to outgoing member Brad Pickert, bringing the total number of members to 16. The new members are Barbara Mitteis and Karen Gavin. 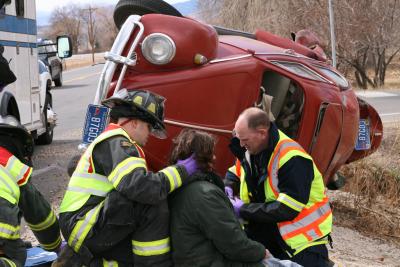