In the world of sports, the difference between winning and losing can often be measured in inches. This is especially true in the game of golf. For Berthoud High junior golfer Brandi Peter, a putt on a sudden-death playoff hole missed the cup by a few inches and cost Peter her third trip to the state tournament.

After posting a score of 95, Peter found herself tied with Thompson Valley’s Regan Musilek and Haley Patterson of Yuma High School. Musilek and Patterson took six strokes to finish the playoff hole while Peter shot a seven and was eliminated from contention. Peter declined comment upon completion of the playoff hole.

Speaking of Peter’s round, Berthoud Golf Coach Mike King said, “I think it was on 14 that she took either a 9 or a 10 and that was her only bad score…if she had just minimized the damage there we’d be in a better position, but that’s golf.”

Peter’s 95 was Berthoud’s low score on the day. Senior Jesa Emerson shot a 102, Amber Newby a 115 and Hannah Haggis turned in a round of 127. The Spartan’s team score of 302 was good enough for a tie for seventh place in the 12-team tournament. 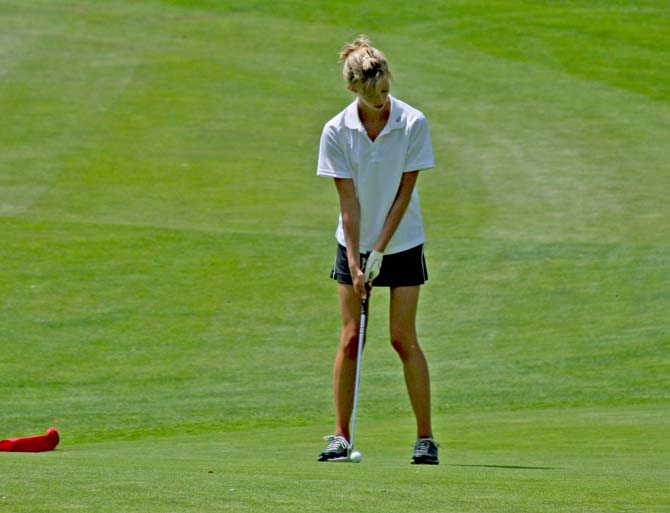 [1]
Emerson on the green. The senior will be attending CSU in the fall where she plans to study biology and pursue a career in orthodontics.

[2]
Jesa Emerson watches her putt on the 12th green. “Today was a little frustrating, I really wanted to go to state,” Emerson said of her 102 stroke score and added, “I think we played well for only coming to practice three times a week.” 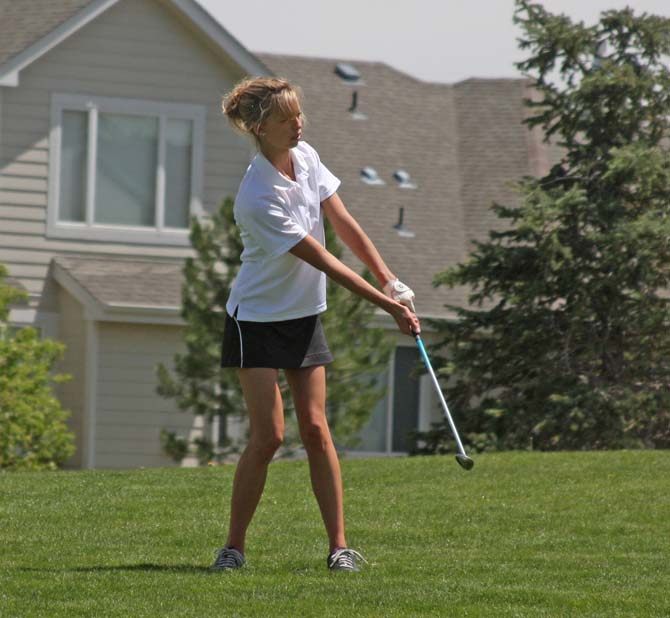 [3]
Emerson chipping to the 13th green. “My short game was really good today, so I’m happy with that, and I putted pretty well too,” she said after her round. 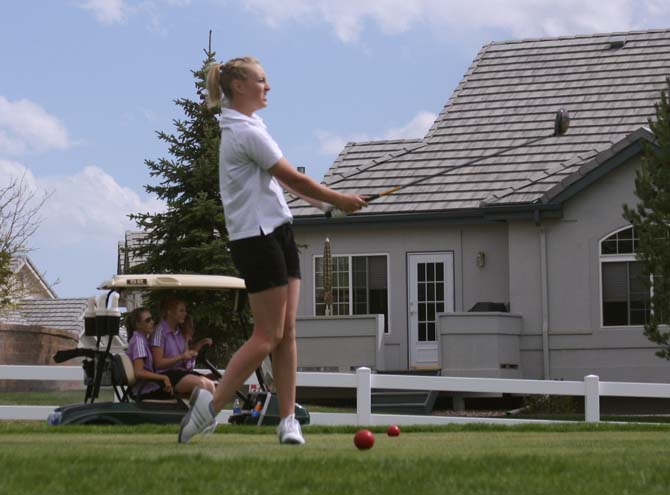 [4]
Brandi Peter watches her drive on the playoff hole. “I’m disappointed, sure, we all are, but I’ll never question the effort all of the girls put in this year, Brandi especially,” said Coach King. 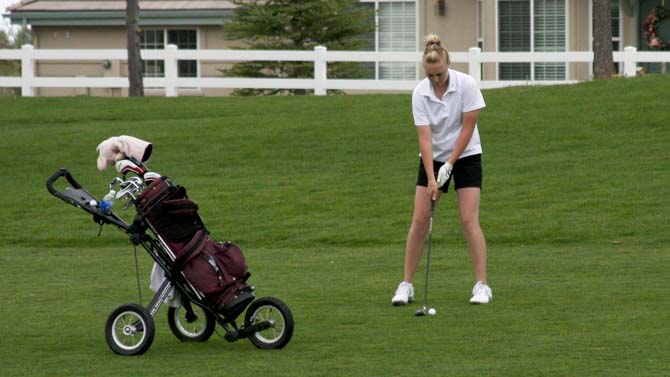 [5]
Peter prepares for her shot from the fairway on the playoff hole.