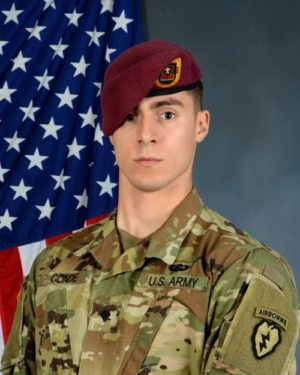 A Berthoud High School graduate was killed in action Monday while serving in Afghanistan, weeks before his unit’s deployment in the country was scheduled to end.

The U.S. Department of Defense announced Tuesday that Spc. Gabriel D. Conde, 22, died of small arms fire in the Tagab District while supporting Operation Freedom’s Sentinel, according to a release from the department.

The incident is still under investigation,