Berthoud placed 40th over all with all the points being scored by the girls team. The girls team finished the meet in 23rd place.

Mills 37’ 3.75” in the triple jump earned her a second place finish while team mate Cheyenne Hall placed 14th with a jump of 34’ 6”. Mills had finished in first place in the conference regional with a distance of 37’ 10.75”

In the girls shot put, Tanya Bezanson placed fifth with a distance of 37’ 1”, almost a foot further than the toss that gave her a second place finish in the Northern Conference Regional tournament. 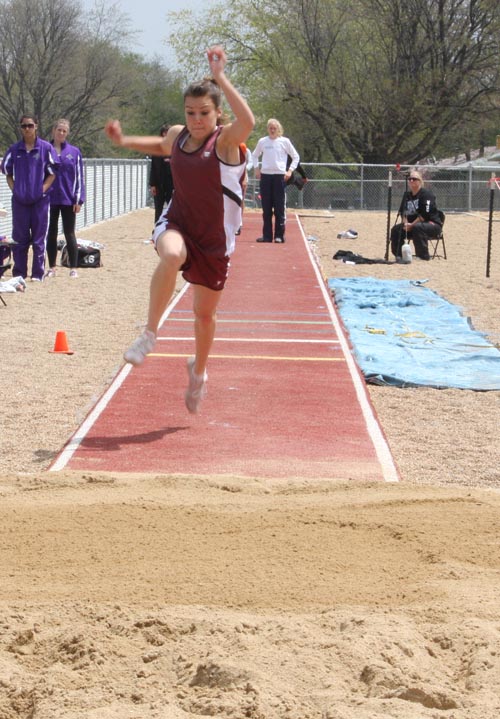 [1]
Cheyenne Hall jumps at the Northern Conference Regional meet on May 14.