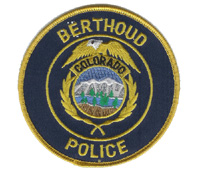 A vehicle ran into a fence in the 400 Block of East County Road 8. No injuries were reported.

An injured cat was returned to its owner in the 600 block of Sunnywood Place.

A 1980 Pontiac was reported stolen from the 200 block of Welch Avenue.

A resident in the 200 block of Second Street saw footprints in the snow and reported having a prowler. The police though otherwise and listed the report as unfounded.

Police made traffic stops at 100 East Welch, Pyramid Avenue and Highway 56, 200 block of Bunyan Avenue and at Third Street and Mountain Avenue. All the driver s received warnings.

Police received a report of a blue Jeep doing “doughnuts” in Berthoud Park. Despite a quick response to the call, the Jeep was gone when the officer arrived.

Dispatch fielded a caller who was upset about the design of sidewalks at the round-a-bout.

There were three motor vehicle accidents on U.S. Highway 287. Two of the accidents occurred at the Highway 56 intersection. The Colorado State Patrol handled the situation with the assistance of the Berthoud Police.

Police made several traffic stops during the day, but no one got a ticket.

A hit-and-run accident at 4:20 a.m. at the intersection of First Street and Mountain Avenue is under investigation.

The resident of an apartment in the 500 block of Welch Avenue reported the possible theft of prescription drugs.

An officer went to the Hays Market to warn a juvenile about loitering.

A caller from the Little Thompson Valley Pioneer Museum had a question about parking.

Police found no criminal violation following a report of a restraining order violation at the Berthoud Community Center.

A report of a motor vehicle accident at Weld County Road 44 turned out to be a newspaper delivery van stuck in the soft shoulder of the road.

A 77 year old Berthoud resident was charged with Careless Driving after a motor vehicle accident in the 1500 block of Fourth Street. There were no injuries, just property damage.

Police responded to a complaint about barking dogs in the 600 block of South Ninth Street, but found all was quiet on their arrival.

An auto repossesser notified dispatch that he would be picking up a vehicle in the 200 block of Second Street.

A theft in the 900 block of Mountain Avenue is under investigation.

A resident in the 200 block of Second Street called to report his vehicle stolen.

Police received a report of a possible motor vehicle accident in the 100 block of Sioux Drive.  The report was apparently unfounded as police found no accident at that scene.

Police responded to a report of a fight in the 500 block of Mount Massive Street. The persons at that location denied that there was any disturbance.

An officer responded to Turner Middle School to assist with a juvenile.

Police assisted Berthoud Fire and TVEMS at an unattended death in the 300 block of Welch Avenue.

An afternoon verbal disturbance between two intoxicated males in the 200 block of Second Street is listed as “No Criminal Violation.”

A loose Yellow Lab dog on North County Road 13 was “Handled by Officer.”

A 43-year-old Berthoud Resident was cited for careless driving after having a seizure and driving through four back yards and hitting a parked car in the 300 block of Hubbell Street.

A barking dog on Bunyan Court was not barking when police arrived.

A loose Yellow Lab at Bunyan Avenue and First Street was not seen by the officer.

Someone reported an injured goose on Wagon Wheel Court.

A traffic stop in the 200 block of Welch Avenue led to the arrest of a 50-year-old Berthoud resident on a warrant for Identity theft. He was also cited for Driving while his license was revoked and failure to stop at a stop sign.

An intoxicated male refused to leave a residence in the 300 block of Bimson Avenue. It was 12:30 a.m. when Police arrived. They moved him to the detention center. He did not want to go.

It was shortly before noon when an aggressive dog was reported in the 300 block of Mountain Avenue. Officers were unable to locate the dog.

Police found a vehicle in the ditch near the Kwik Korner. The driver was cited for careless driving.

A verbal disturbance in the 1000 block of Third Street is listed as verbal only, no criminal violation.

Police are investigating a hit and run accident in the 400 block of Third Street. A vehicle hit a parked building.

Police were called upon to check on a Juvenile who did not show up at school.

A black dog, loose in the 500 block of First Street left before officers arrived.

A resident had been sent checks to cash, but the bank thought them suspicious and the individual brought them to the police department. The case is being listed as attempted fraud.

A two-vehicle motor vehicle accident at the intersection of US Highway 287 and State Highway 56 is listed as non-injury.

A vehicle in a parking lot in the 800 block of Mountain Avenue had its window broken by a rock, which apparently was launched with a golf club by an unknown juvenile.

A loose dog in the 1000 block of First Street earned its person a written warning.

Street signs at Second Street and Versaw Court were damaged. The case is under investigation.

Police received a complaint of a barking dog in the 100 block of East Iowa Avenue. The officer found children in the back yard playing with their dog.

Another loose dog, this one on Mountain Avenue, resulted in a verbal warning to its owner.

A child being reported as a runaway returned home before the report was completed.

Police arrested David L. Vanmatre in the 200 block of First Street on a Douglas County warrant for failure to appear.

The officer warned some juveniles about climbing on statues in Fickel Park.

Police were unsuccessful in trying to catch a  Black Lab running loose in the 1100 block of Second Street.

A 17-year-old Berthoud male was apprehended on County Road 17 at County Road 10E and cited for possession of drug paraphernalia.

Police had two calls about a solicitor working the Hillsdale subdivision but were unable to locate the salesman.

A bicycle was reported stolen by a Seventh Street resident, but was later found by the owner.

A resident of Schultz Lane reported that they had a solicitor come to the door the previous evening.

Police responded to a report of suspicious activity in Berthoud Park. They found some fishing line strung between two trees.

Police were unable to locate the principal in a road rage case on Highway 287.

A misunderstanding between a customer and a cashier at the Berthoud Conoco led to two calls to dispatch. One call was a trespass in progress the other a verbal disturbance. The officer who arrived handled everything.

Police were called to the 500 block of First Street where there was a dispute in progress between a landlord and a tenant. The parties were told it was a civil matter.

The drivers of cars revving their engines and spinning the tires in the 900 block of Fourth Street were issued a written warning.

A loose Lab (Yellow) at the Conoco was unavailable for questioning when the officer arrived.

A white Poodle who lives in the 1200 block of Cedar Drive was arrested and sent to the Larimer County Humane Society and the owner was issued a summons.

A tenant in the 100 block of Mountain Avenue reported the theft of items by his landlord.

Police responded to two calls concerning juveniles hanging out behind the Pizza Hut and one call about three vehicles in the parking lot with the radio volume turned up.

A suspect was identified in the theft of a red Dodge Neon in the 900 block of Seventh Street. The case is under investigation.

Multiple calls from Berthoud to Greeley is listed as harassment and as being handled by the officer.

A motor vehicle accident in the Hays Market parking lot caused no damage.

The officer issued a verbal warning to juveniles hanging out behind the Pizza Hut.

Police received a report of a skateboard being stolen in the 800 block of Mountain Avenue. The 13-year-old who reported his board missing called back later to say that some kids had played a practical joke and hidden his skateboard and he had found it.

A vehicle went off the road in the 700 block of County Road 15 and the driver was injured.

An item stolen from the 1200 block of Aspen Drive was pawned with the person making a false report to the pawnshop. The case is under investigation.

A cat was left abandoned when the people moved from a house in the 900 block of Driftwood Place.

There were many motor vehicle accidents during the day.

An officer responded to East Second Street and East Iowa Avenue to deal with moving van blocking the street.

A snowplow damaged a curb/median on County Road 8 just west of the intersection with U.S. Highway 287.

Police are investigating a burglary in the 400 block of Mountain Avenue.

A wallet was reported as being lost in Fickel Park.

A “weapons” report in the 1000 block of Sixth Street was a neighbor shooting a pigeon.

Police were unable to locate a dog that had been reported barking in the 100 block of East Iowa Avenue.

A loose dog hanging around the Brick Oven Pizza Parlor was rescued by its owner just as police arrived on scene. The owner did get a verbal warning from the officer.

A disagreement between former friends led to a physical disturbance in the 200 block of Second Street. The victim declined to prosecute. Apparently alcohol was involved.

Matthew Starck: Parked more than 12 inches from the curb

The day started with a loose dog in the area of First Street and Mountain Avenue. Police were unable to locate the dog.

A person reported as missing from the 400 block of Cheyenne Drive was found and all is well.

A Bristlecone Court barking dog was not barking when the officer arrived at 7:07 p.m.

Police were called to a family disturbance in the 200 block of East Iowa Avenue. The officers quieted the disturbance and separated the warring parties.

There was a report of a verbal disturbance in the 300 block of Sixth Street just before midnight. By the time the police arrived, one party had left and the situation was calm.