Burglary / Criminal Mischief: 800 block of Welch Avenue, a resident called to report that someone had entered her residence where she is moving out.

Vehicle Accident: Fourth Street/Bunyan Avenue, Berthoud – a driver called to report that on May 24, 2014 she was involved in a non injury MVA. She had exchanged information with the other driver and now the driver will not provide her with the necessary insurance information.

Unauthorized use of a Financial Transaction Device: 900 block of Second Street, a resident reported a credit card was opened in his business’ name sometime last spring.

Indecent Exposure: 700 block of Fifth Street, a resident reported she observed a male with no pants on in a vehicle outside her residence. The vehicle listed to a person from Longmont.

Vehicle Accident: HWY 287 at CR 17.  Two vehicle were involved in an accident with minor damage to the vehicles and no injuries.

Found Runaway: HWY 287 at CR 17, a 16 year old male fled from the above traffic accident. He was listed as a runaway from Longmont. He was found and taken to the hub.

Follow-Up: Interviewed owner of vehicle from Wednesday’s Indecent exposure. A female admitted to fooling around with her co-worker after work in the vehicle. Co-worker matches the description given by the homeowner.

Suspicious Circumstances: 200 block of E. First Street, a female reported a disturbance with a male when he refused to take her back to Ft. Collins.

Burglary: 500 block of Second Street, a resident reported her storage shed had been broken into and numerous items were taken.

Criminal Mischief: 300 block of Iowa Avenue, a resident reported the passenger side window of her vehicle was shattered.

No License Pate Lamps/Driving Under Revocation: Fourth Street and Bunyan Avenue, a 25 year old male was contacted for an equipment violation and found to be cancelled for an unpaid ticket.

Animals were running the town today….

1000 block of Fifth Street, a stray dog was returned to owner after tracking down via chip. Dog was let out of a gate by an excited 4-year-old boy who wanted the dog to chase him. The dog fancied the rabbit in the neighbor’s yard and the rest of the story is history.

300 block of E. Iowa, an injured dove was found in a garden flower box with some minor “claw” marks with no cat in sight. The bird was re-located to an “Outdoor Treatment Center” (Pine Tree) away from the home.

Family Disturbance/Detox: 1200 block of N. Fourth Street, a 23 year old male was involved in a heated verbal argument. Alcohol was a contributing factor.

Accidental Overdose: 1300 block of Fourth Street, a 61 year old believed they was going to die after eating too many marijuana chocolate chip cookies, plus a few Xanax pills, and their own pain medication.

Assist State Patrol injury Vehicle Accident: Cr 21/Cr 8, assisted CSP on an MVA where a driver pulled out in front of a truck towing a boat.

Motor Vehicle Accident: Weld Cr7/Hwy 56: 19 year old driver of Loveland decided to do a U-Turn at Cr 7 and Hwy 56 without looking behind her for any traffic. Another vehicle driven by a person from Ohio, T-boned her.

Suspiscious Circumstances: 100 block of E. Turner Avenue, a resident reported that someone may have hacked into her phone and email.

Family Problems: 400 block of Welch, resident reported issues he is having with his wife’s family.

Assault: 200 block of 2nd Street, daughter and mom were involved in an altercation.

Sex Assault: 100 block Mountain Avenue; an adult female reported that a male sexually assaulted her at his home in Berthoud.

Theft: 200 block of Welch Avenue, a mom reported that her son’s Nintendo 3DS was stolen out of his backpack.

Driving Under Suspension/Possession of Drug Paraphernalia: Second Street & Bunyan Avenue, a 28 year old male was reported as a suspicious person and was observed throwing a canvass bag into a trash can. Male was contacted and was clearly under the influence of meth.

Found Dog: 1700 block of Exeter Street, a Springer Spaniel was found wandering the area who decided to play ball with neighbor kids. Dog was reported because it was very thin and looked to be sick. Dog was turned over to animal control after attempts to locate an owner were unsuccessful.

Burglary: 200 block of E Iowa Ave, a resident reported someone broke into his unlocked detached garage and items were stolen.

Door to Door Sales: Town Clerk had salesmen come to her door and try to solicit roofing to her. She told them of the need for a permit and they decided to continue on to other homes. Solicitor was contacted and given a warning with the option to pay for a permit on Monday or a ticket today.

Warrant Arrest: 200 First Street; a resident was contacted at his residence while investigating a report of underage drinking. Male subject was found to have two warrants.

Family Problems: 200 block of Second Street, a resident reported her ex-boyfriend, the father of her 13 year old son, was trying to kidnap her son. In reality the son called his father to give him a ride when mom refused. Son was hoping he could leave before mom figured out what was going on.

Motor Vehicle Accident: 4500 block of CR17 – Berthoud Fire and Ambulance were sent to a motor vehicle accident with possible extraction near the bend on CR17 just north of Berthoud Town Limits. 1 vehicle rollover after the car launched over Redwood Dr. and landed on its top.

Animal Welfare Check: 900 block of Mountain, a concerned passer-by saw 2 dogs locked in a vehicle. Dogs were unattended for about 15 min while owner went in to a business. It was confirmed the owner was in the business a short amount of time and the dogs seemed fine and the inside of the car wasn’t too warm yet. Owner was counseled on leaving animals at home while shopping.

Possession of Drug Paraphernalia / Curfew Violation: Second St/Mountain Ave, three juveniles were found hiding behind a soda machine after curfew. A business owner found a backpack belonging to one of the kids behind the soda machine this morning with a water pipe and glass jar. The juvenile was cited for paraphernalia. All three were cited for curfew violations.

Juvenile Problem / Underage Drinking X7/ Curfew Violation, 80 block of Sioux Drive, A large underage party was broken up. Dad came home and found a hookah and alcohol in basement. 7 kids were cited and the rest were released to parents.

Municipal Ordinance Violation: 800 block of Gateway Park Lane, a resident lets her cats roam freely throughout the neighborhood. A summons was issued.

Dog at Large: A resident from the 300 block of E Nebraska called to report that there was a dog on her porch barking. Prior to this call, we had received two additional calls about the same dog. The dog was followed home and the owner of the dog has received verbal warnings for dog at large in the past. She was issued a summons.

Followed up on ordinance compliance

Follow-Up: 1200 block of Main St., Longmont – retrieved the pawn slip from EZ Pawn in Longmont where a BMX bike was pawned last year from a Berthoud PD.

Criminal Mischief / Criminal Tampering: 1600 block of Oak Drive, A reported that his parents’ house was TP’ed and damage was done to the inside of his vehicle. The father two of the suspects had already contacted the victim’s father to pay for damages. Three of the four suspects were counseled about their actions then their parents enacted stricter punishment than the courts.

Fraud / Internet Scam: 600 block of Lake Avenue, a resident reported an internet scam where a female tried to rent a room. They sent her a check to cash and wanted the money they sent to her to be sent to the “shipper” so the renter’s belongings could be moved in

Disturbance / Disorderly Conduct: 1100 block of Fourth Street, a husband and his wife were reported being in a verbal disturbance where items were possibly being thrown. Deputies, who were standing in the street, could hear the male talking very loudly from inside the residence. Deputies left after telling the man to quiet down. The second time deputies arrived, they were standing in front of Berthoud Elementary where they could clearly hear the male yelling foul language. He was cited for disorderly conduct and things were calmed again.

Mental Health Hold: 700 block of Mountain Avenue, a female was called in by her friend as suicidal.

72 Hour Tagged Vehicle: 900 block of Franklin Avenue, A unregistered vehicle was parked on a public street.

Solicitors: Three subjects from a roofing company were soliciting without a town issued permit in the area of Whales Drive and Wilshire Drive.

Welfare Check: Fourth Street & Maple, a female was called in as possibly suicidal and fled the area on foot and jumped fences. She was transported by ambulance to McKee.

2nd Degree Trespass: 500 block of Bunyan Avenue, (Berthoud Elementary School) – While on foot patrol at Berthoud Elementary a deputy observed a green storage box on the south east side of the school that appeared to have been forced open.

Family Problems / Narcotics Activity / Driving under Revocation: 400 block of McColm Street, a male went to a female’s home against her father’s wishes. Father believed they were using narcotics in the home.

Warrant Arrest: Bunyan Avenue & Seventh Street, a 25 year old male was arrested for a warrant out of Larimer County.

Theft of Mail: 700 block of Mt Massive Street, a package that was mailed to this address never arrived.

MVA – Failed to yield right of way during a left turn: Hwy 56 & Weld Co Rd 7, a 55 year old made a left turn in front of oncoming traffic. A driver traveling in the opposite direction hit the turning vehicle. Both sustained only minor injuries.

MVA – Careless Driving: 1000 block of N. Fourth Street, a resident headed out early to the grocery store when she was distracted and ran into the back of a parked truck.

MVA/ DUI/Carless Driving: 800 block of CR 17, a 36 year old man drove his vehicle off the west side of CR 17 and struck two mailboxes and a few posts before over correcting and ending up in a field on the east side of CR 17.

Suspicious Circumstances: 400 block of CR10E, a resident reported someone sent him a envelope containing legal information. No return address or signature on letter.

Follow-up: Civil protection order served to a suspect in a Berthoud case.

Criminal Mischief/Obstruction of Telephone Services: 900 block of Fifth Street, a female resident was arrested for damaging items at her boyfriend’s house and for throwing his cell phone when he tried to call 9-1-1.

Found Property: 300 Block Common Dr, a bike was reported as abandoned along the green-way. 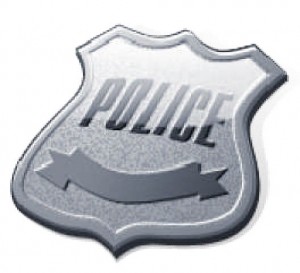