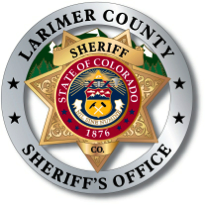 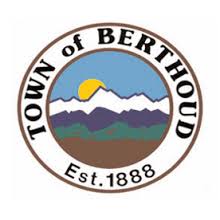 Vehicle Crash w/Injury: S. Hwy 287 and N. Berthoud Parkway, a Ft Collins woman was travelling northbound on Highway 287 when she had a blow out and lost control of her vehicle. She crossed the median and the southbound lanes before coming to a stop, only minor injuries.

Theft: Bimson Avenue, a resident reported that his hand gun was stolen 2 months ago and just noticed it missing tonight. He thinks his ex-girlfriend stole it plus she has multiple warrants.

Theft: 2nd Street, an owner of a vehicle went to get his pickup truck and discovered that the topper was missing. Video Surveillance to the south shows a pick-up with a trailer slowing near the area but could not get any identification of the truck.

Possible Sex Assault / Suspicious Circumstances: Bunyan Avenue, a young girl disclosed information to friend that she may be a victim of abuse. Investigation continues.

Animal Bite: Welch Avenue, Larimer Animal Control reported that a man went to the hospital because he walked outside and was bitten by a raccoon. The report was not very well written so either the man walked outside and got bit, or he was outside naked and got bit. Could not tell by the handwriting.

Assist to Berthoud Fire: Glenview and CR 17, Deputy checked on a fire at this location and discovered it was a very small brush pile-controlled burn.

Assault: Franklin Avenue, a staff member reported a resident hit her in the face.

2nd Street, BER – Damage to a lock hasp to gain entry into a building was observed, Owner uses for storage. Nothing was missing from the unit; possible suspect is currently wanted on warrants and other charges and may have tried to hide out in the building. It is believed the damaged occurred between 0830 and 1430 hours.

Franklin Ave. BER – Subject became irate when others requested he move rooms. Subject made vague statements but did not make any specific threats. Subject consented to a search of a vehicle. No charges were substantiated.

CR 15/CR 6C BER – Received a BOLO (Be On the Look Out) from Longmont Police Department, of a Red Dodge Dually pickup that was stolen as it was idling (No Puffing) in their jurisdiction. Deputy found the truck at this intersection and attempted to stop it. Pursuit was initiated, and the truck was then almost involved in an MVA at 1st and Mountain Ave, it was later learned that the semi that was almost hit was trying to assist Deputy by pinning the vehicle in as he saw Deputies pursuing it. Pursuit was terminated for public safety reasons. Unable to ID the driver due to the very dark window tint.

HWY 56/WLD CR7 – Female driver was going to make a right turn from Hwy 56 onto Weld county road 7 and miss calculated the turn. She tried to stop but continued over the edge of the road and rolled her car. She was able to climb out of the window and run for help. She was taken to a local hospital and treated for minor injuries. Vehicle towed from the scene.

Hwy 287 1/4 mile south of Hwy 56 – BER –Driver spun out on the highway and caused another driver to hit her breaks and spin out of control. The vehicles collided, causing both vehicles enough damage to need towed. No injuries. No citations issued as both were driving under the speed limit and the conditions of the road.

W CR 8/Hwy 287, BER – while dealing with multiple accidents, male driver admitted to crashing his vehicle in a ditch near this intersection and stated he wasn’t going to notify Law Enforcement. Driver stated will have his own tow get the vehicle. Issued summons for driving too fast for conditions and failing to report an accident. Possible narcotics involved in the cause of the MVA but due to the time delay charges could not be substantiated.

2700 BLK N. Berthoud Pkwy, BER – Two accidents involving 5 cars with two cars leaving the scene prior to Deputies arrival. One was handled as a counter report since they all agreed to exchange information. The other was handled by Deputies, all vehicles involved were driving well under the speed limit. No citations were issued with road conditions being poor. Berthoud Streets Department responded later and started to put salt down.

Sugarloaf Rd., BER – A house under construction in the TPC golf course neighborhood was entered and tools were taken. No serial numbers. A couple decent pieces of evidence were observed and documented. Footprints in the snow went to/from multiple residences in the area and eventually to a vehicle parked at a house under construction. No other victims identified at this time.

Theft of Auto Parts: Hwy 56, Male left his 2005 Jeep Grand Cherokee. When he returned his left rear wheel and tire were stolen. No suspects or cameras.

Family Problems: Nations Way, Male was mad at his parents after they took away his phone and vehicle for punishment after they found narcotics. Male threw a rock through a sliding glass door breaking it. Parents declined charges. Male left on foot as LE arrived and would not return while at the home.

Speeding/Obstructed View/Possession of Drug Paraphernalia: CR 14, Female driver and Male passenger were contacted for several traffic violations. They were summonsed and released for all of the charges. Thank you goes out to K-9 Deputy for responding so quickly to assist.

Harassment/Criminal Mischief: 2nd Street, Male was issued a summons for the above charges after he was involved in a disturbance with his mother and her roommate.

MVA Non-Injury: Hwy 287 / CR17, two male drivers were involved in a minor, non-injury crash when one driver failed to yield the right of way to oncoming traffic.

Unauthorized Use of a Credit Card/Identity Theft: Jay Place, Male reported close to $20000 in fraudulent charges on multiple credit cards that are all still in his possession to include one was never even used prior to the fraudulent charges. Male claimed that he only uses the credit cards when he travels, never used locally. All of the charges were found to be in Loveland and Longmont area, mostly at King Soopers and Walmart. Suspect photo was found at the transactions at both stores.

Reckless Driving: Hwy 287 / CR 10E, Male driver was driving on 287 aggressively and blocking another vehicle from passing him, he admitted to moving from lane to lane while Northbound and not allowing the other vehicle to pass. At the Berthoud Parkway light, he exited his vehicle and pounded on the hood and windows of the other vehicle, no damage to the vehicle. Male stated he is light sensitive and was angry that the other vehicle did not dim their headlamps quick enough. Male was summonsed to court.

Theft: Meadowlark Drive, A sign advertising the Christmas Tree sale for Berthoud Wrestling was stolen overnight. A second sign may have been taken from the area of 1st and Mountain. No suspects.

Suspicious/Welfare Check: Jay Place, Male called in a welfare check on his mother. Male received a call from her boyfriend stating that she had fallen down the steps and was not in good shape. Medical and Law enforcement responded to the address where the female was found semi-conscious with injuries. Investigation ongoing after female was transported to a local hospital.

Follow Up: Mountain Avenue, Male turned himself in on Deputy’s open active case, and was booked into the Larimer County Jail.