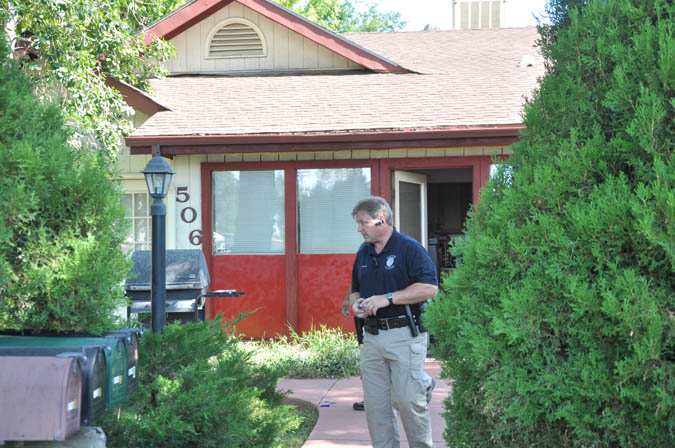 [1]
Berthoud Police Chief Glen Johnson talks on the radio outside the scene of an apparent suicide.

The call came in as an animal noise complaint just before 8 a.m. The caller complained that a dog at 506 Welch Avenue had been howling and barking since 3:30 a.m.

Officer Vasquez responded to the call and soon called dispatch requesting an ambulance and the assistance of Chief Glen Johnson.

Shortly after arriving at the apartment on Welch, Chief Johnson called for the coroner.

The victim is a black male (Puerto Rican) who had been living in the apartment and operating a tattoo shop in the adjoining space.

The victim’s wife and son have not been seen at home for several days and police are attempting to find and notify them.