In addition to their runner-up finish in the 3A state tournament, the Spartans boasted a 231 – 71 run differential and a .388 team batting average. Five Spartans were named as All-Conference players: sophomores Victoria Puchino and Morgan Thonoff, juniors Kaitlyn Bending and Ashley Prescott and senior Danille Wikre. Wikre, who was also one of ten players chosen for the  All-Colorado (formerly All-State) team, is the recipient of a softball scholarship from Colorado State University and will begin her collegiate softball career next fall. Wikre plays third base, hit 10 home runs, and had 50 RBIs during her senior season.

Thonoff, one of the Spartans two pitchers, summed up Berthoud’s 2010 softball season succinctly saying, “We had a really great season, we came out and executed and did what we needed to do.” Fellow pitcher Puchino added, “Everyone stayed together, everyone stayed up, even in bad games.” Senior Megan McGinn, an All-Conference Honorable Mention, said of her final high school softball season, “It was a blast; there wasn’t a day that I personally didn’t want to be out there.” McGinn also plays basketball and soccer for Berthoud High but stated she would like to play softball in college.

The Spartans were all quick to point out the importance the team’s camaraderie played in their stellar season. “We really cling together and that’s important in being a team,” Wikre said. “This is the closest team I’ve ever played on,” added Prescott, who plays the demanding shortstop position. Several of the Spartan players spend their summers playing club softball and stated that their participation in the summer league help prepare for them for the high school softball season.

The varsity softball team will be lose three graduating seniors but will return next season with much of their core already in place and experienced in the rigors of state competition. The Spartan softball team will begin official practices in August and will once again aim for a state title. 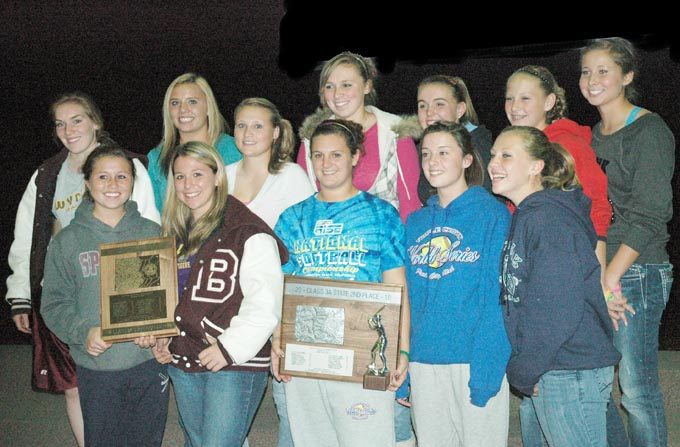