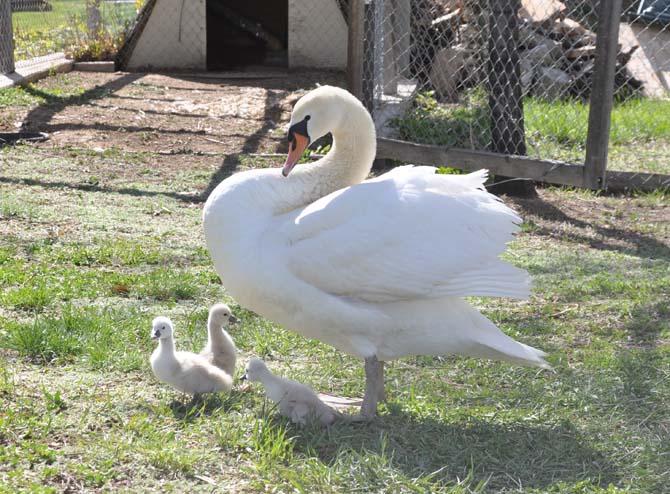 [1]
The pen keeps a close eye on her cygnets despite being a mother for the first time.

People who drive past Riverglenn on County Road 17 are usually treated to the sight of a pair of swans swimming in Treena and Dave Milano’s pond. This week however, the swans are usually sequestered in their enclosure. The reason, on Tuesday the pen hatched three of the five eggs in her clutch and Milano was worried that the foxes and coyotes that frequent the area might find the cygnets a tasty meal.

Treena Milano got her first pair of mute swans as a birthday gift 20 years ago. The present pair consists of a cob hatched at Riverglenn and  pen acquired two years ago from a breeder in Indiana. Several cygnets have hatched, but this cob is the only one to survive to adulthood. The pen was acquired two years ago, but she showed no interest when her companion tried nest building last year. This year was different and she showed more interest and even helped build the clutch.

Swans are very large birds and are among the larges flying birds. The cob is territorial and has a vicious bite. Still, Milano thinks they would be no match for a fox and she plans to keep them locked up every night until they get large enough to fend for themselves. If all goes well, there should be five swans swimming by summertime.

The Milano home seems to attract birds of all kinds. A Canada Goose is sitting on her nest on the pond’s island. The Milanos have not been able to get close enough to see how many eggs are in that nest. This is the fifteenth year that there has been a Canada Goose nest on the island and Milano says that the geese have successfully raised and left with their entire brood every year.

As if that were not enough, visitors to the front door might be surprised by a finch flying in their face. For the fifth year, a finch has taken up residence in the flower wreath on the front door. The three tiny eggs will soon hatch and it will probably be a good idea to use the back door should you stop by to visit. 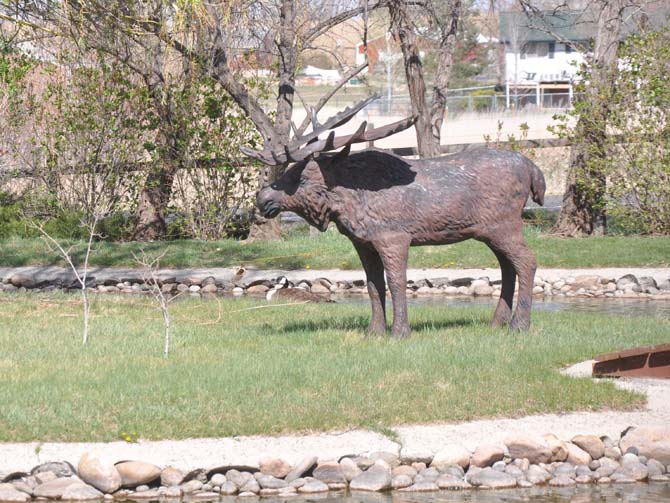 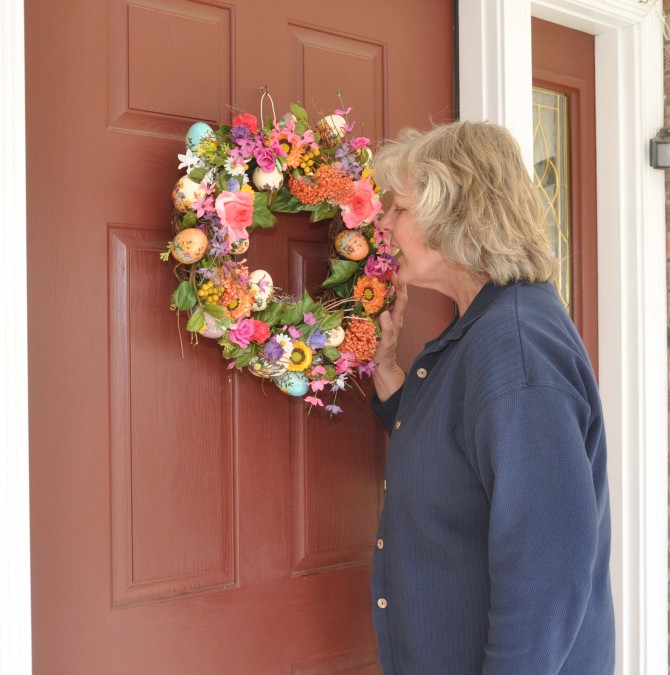 [4]
Treena Milano looks in on the finch nest on her front door. 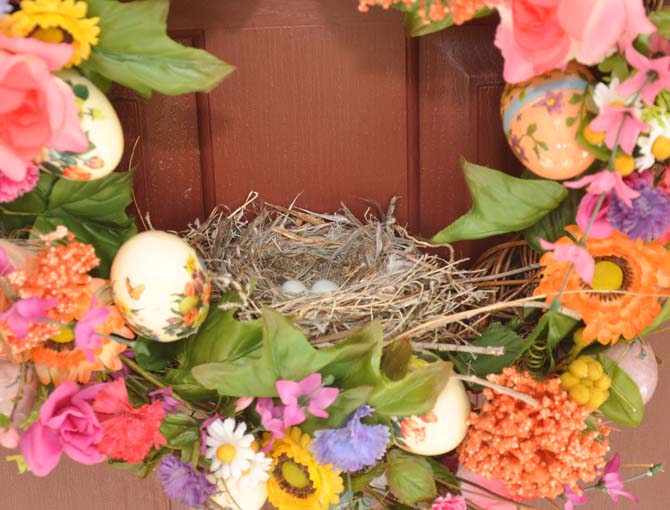