[1]
The Worst Mistake in U.S. History  [2]
America Will Never Recover from Bush’s Great Foreign Policy Disaster [2]
By Peter Van Buren in Tom’s Dispatch
Ten years ago, George Bush made a decision that this country will regret for a very long time. 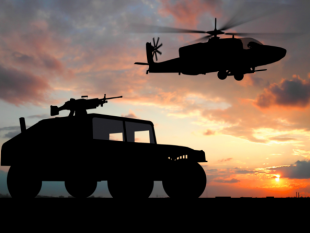 Not to put too fine a point on it, but the invasion of Iraq turned out to be a joke. Not for the Iraqis, of course, and not for American soldiers, and not the ha-ha sort of joke either. And here’s the saddest truth of all: on March 20th as we mark the 10th anniversary of the invasion from hell, we still don’t get it. In case you want to jump to the punch line, though, it’s this: by invading Iraq, the U.S. did more to destabilize the Middle East than we could possibly have imagined at the time. And we — and so many others — will pay the price for it for a long, long time.

The Madness of King George

It’s easy to forget just how normal the madness looked back then. By 2009, when I arrived in Iraq, we were already at the last-gasp moment when it came to salvaging something from what may yet be seen as the single worst foreign policy decision in American history. It was then that, as a State Department officer assigned to lead two provincial reconstruction teams in eastern Iraq, I first walked into the  chicken processing plant in the middle of nowhere.

By then, the U.S. “reconstruction” plan for that country was drowning in rivers of money foolishly spent. As the centerpiece for those American efforts — at least after  Plan A, that our invading troops would be greeted with flowers and sweets as  liberators, crashed and burned — we had managed to reconstruct nothing of significance. First conceived as a Marshall Plan for the New American Century, six long years later it had devolved into farce.

In my act of the play, the U.S. spent some $2.2 million dollars to build a  huge facility in the boondocks. Ignoring the stark reality that Iraqis had raised and sold chickens locally for some 2,000 years, the U.S. decided to finance the construction of a central processing facility, have the Iraqis running the plant purchase local chickens, pluck them and slice them up with complex machinery brought in from Chicago, package the breasts and wings in plastic wrap, and then truck it all to local grocery stores. Perhaps it was the desert heat, but this made sense at the time, and the plan was supported by the Army, the State Department, and the White House.

Elegant in conception, at least to us, it failed to account for a few simple things, like a lack of regular electricity, or logistics systems to bring the chickens to and from the plant, or working capital, or… um… grocery stores. As a result, the gleaming $2.2 million plant processed no chickens. To use a few of the catchwords of that moment, it transformed nothing, empowered no one, stabilized and economically uplifted not a single Iraqi. It just sat there empty, dark, and unused in the middle of the desert. Like the chickens, we were plucked.