Presidential politics has always been a rich man’s game. But now, thanks to the Supreme Court ruling in Citizens United that upended decades of limits on campaign donations, financing a presidential race is the exclusive domain of the kind of megadonor whose portfolios make Mitt Romney look middle-class. “I have lots of money, and can give it legally now,” Texas billionaire and top GOP moneyman Harold Simmons recently bragged to The Wall Street Journal. “Just never to Democrats.”

In past elections, big donors like Simmons gave millions for advocacy groups like Swift Boat Veterans for Truth. By law, such groups were only allowed to run issue ads – but instead they directly targeted John Kerry, drawing big fines from the Federal Elections Commission. Now, with the blessing of the Supreme Court, the wealthy can legally hand out unlimited sums to groups that openly campaign for a candidate, knowing that their “dark money” donations will be kept entirely secret. The billionaire Koch brothers, for instance, have reportedly pledged $60 million to defeat President Obama this year – but their off-the-book contributions don’t appear in any FEC filings.

Even more money from megadonors is flowing into newly created Super PACs, which, unlike advocacy groups, can spend every cent they raise on direct attacks on an opponent. Under the new rules, the richest men in America are plying candidates with donations far beyond what Congress intended. “They can still give the maximum $2,500 directly to the campaign – and then turn around and give $25 million to the Super PAC,” says Trevor Potter, general counsel of the Campaign Legal Center. A single patron can now prop up an entire candidacy, as casino magnate Sheldon Adelson did with a $20 million donation to the Super PAC backing Newt Gingrich.

The undisputed master of Super PAC money is Mitt Romney. In the primary season alone, Romney’s rich friends invested $52 million in his Super PAC, Restore Our Future – a number that’s expected to more than double in the coming months. This unprecedented infusion of money from America’s monied elites underscores the radical transformation of the Republican Party, which has made defending the interests of 0.0001 percent the basis of its entire platform. “Money buys power,” the Nobel Prize-winning economist Paul Krugman observed recently, “and the increasing wealth of a tiny minority has effectively bought the allegiance of one of our two major political parties.” In short, the political polarization and gridlock in Washington are a direct result of the GOP’s capitulation to Big Money.

That capitulation is evident in Romney’s campaign. Most of the megadonors backing his candidacy are elderly billionaires: Their median age is 66, and their median wealth is $1 billion. Each is looking for a payoff that will benefit his business interests, … Read More [2] 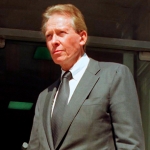 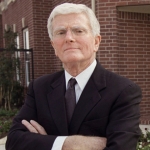 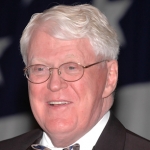