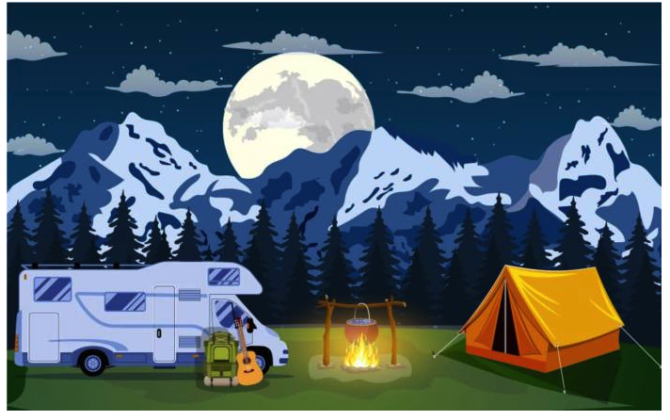 A story in last week’s RV Travel [1] newsletter about half-a-dozen proposals to build RV campgrounds touched on several themes more or less common to all of them. All the proposed projects are large, calling for a minimum of 300 sites. All the proposed projects are being more or less strenuously resisted by local residents. And all but one are being pushed by deep-pocketed developers seeking to create resort-level facilities, with highly developed infrastructures, numerous amenities and a correspondingly pricey cost of admission.

The one exception? The Colorado Base Camp.

With 373 sites dispersed over a 320-acre property that’s a mile long and a half-mile wide, the Larimer County facility would be a far cry from the resort-style campgrounds that shoehorn eight or ten sites into every acre.

Colorado Base Camp would be a campground on the cheap

But that’s not the only metric that puts the Colorado Base Camp on the opposite end of the campground spectrum. As proposed, this would be a campground on the cheap: gravel roads throughout a property buffeted by high winds, porta-johns rather than fixed bathhouses (so they can be “placed for easy access as needed”), and absolutely no amenities other than a community clubhouse, to be built in phase four of a five-phase development. The kind of campground, in other words, that not only won’t attract deep-pocketed RVers on vacation, but one that could readily become a long-term housing option for people on the edge—a point on which the developers, when asked if there would be a time limit for stays, have remained mum. <Read more> [2]