It’s been some time now since I added Charles Pierce’s ‘The Politics Blog’ over at Esquire [3] to my daily blogroll. His righteous indignation coupled with his madcap prose stylings are sui generis and often hilarious. But, although Pierce is the proprietor and primary contributor to the blog, other writers are sometimes featured. Among them is a semi-regular whom I’ve come to increasingly appreciate named Lt. Col. Robert Bateman.

Bateman is active-duty Army, ‘an infantryman and a Military Fellow at the Center for Strategic and International Studies (CSIS)’ and currently stationed in England. His primary recurring feature at ‘The Politics Blog’ is the Civil War Reenactment [4] an as-it-happened 150 years ago today recounting of the military events of the Civil War. But he’s not one of those sentimentalists who appreciate the beauty and valor of the South’s struggle. He unapologetically refers to it as The War of Southern Rebellion and considers Robert E. Lee a traitor. The last installment in the series to date [5] had Grant stalemated just a few miles from Richmond.

But he also writes on other topics. He has been strong in his denunciation of sexual assault and rape in the military, as in this recent post [6]. And he has been increasingly critical of our country’s gun culture.

In this post from May 21 [7], he championed the group Mothers Demand Action Against Gun Violence for their successful confrontation of Open Carry Texas over guns at Chipotle:

“Open Carry Texas” (which I think of as “Wimps With Mommy Issues”), conducted an open carry, en masse, at a Chipotle Restaurant — then the moms shared the word. They posted pictures of these morons carrying rifles in a family restaurant. Then they asked that the chain bar weapons on their private property. As Founder Shannon Watts put it: “The Chipotle petition received more than 10,000 signatures within just a few hours.” The corporation realized where their business interests lie and that guns are wrong in their establishments across the entire nation.
…
These women are doing what nobody else had managed to do before now. They are actually affecting change. Not through legislation, but through the free choice they have to patronize, or to NOT patronize, private companies that allow guns to be carried in their stores, restaurants, malls, and more.

I was the NRA 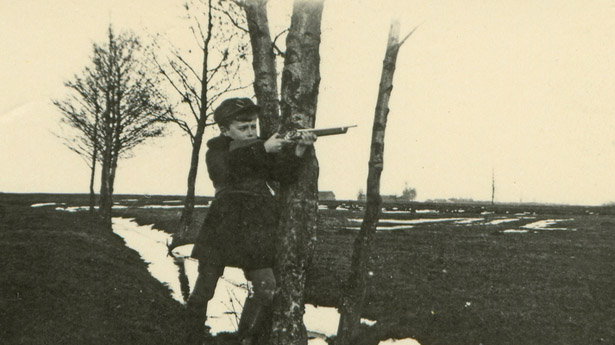 I was fortunate enough to have been born and to have spent my life living in a part of America where the climate is conducive to outdoor living year-round.

The San Diego of my youth was the fabled “sleepy Navy town” of yore; scrub-filled canyons and mesas extending to the beach and the communities that sprouted up along the coast.

My earliest days, before being shuffled off to Catholic school, were spent at a beach a few blocks away from our home. Because we were poor, a day at the beach with a packed lunch was the locus of cheap entertainment on the days when it was “too nice to be inside watching TV,” which was in black-and-white. My earliest memories are of scurrying along the waterline, my back browned by the sun, digging up sand crabs and putting them into a bucket filled with water and sand into which they would  burrow once again, believing they were safe from large probing toddler hands. When I grew bored they were dumped back into the surf where they no doubt buried themselves again only to someday be temporarily kidnapped once again by another bored child.

I was a born hunter and collector.

Because we were poor, my brother and I fished on Saturday mornings with our dad on his day off because it was cheaper than buying store-bought fish. We were given the choice of early mornings on Crystal Pier or going to St. Brigid’s for Catechism classes. Saturday morning cartoons were not an option. Fishing always won out because Crystal Pier offered hot chocolate, something never found on a nun’s menu. At an early age  we learned to tie a hook,  gaff a fish, and to handle a knife for when cutting was called for. We dropped lobster traps in  what is now called Tourmaline Surf Park, retrieving them late at night, measuring them in the beam of a flashlight, making sure the tasty crustaceans were legal-sized.

When I was eight, I attended gun safety courses put on by the NRA at the local community center where thick-necked men with serious faces and butch haircuts promised us hell and worse if we mishandled a rifle or a shotgun. There was no Eddie Eagle cartoon character who spent his time talking about the 2nd amendment because the important thing was to learn not to shoot yourself or someone else. It was serious people teaching the next generation how to safely hunt and not just how to shoot.

I waited another year before I was actually allowed to carry a shotgun, serving instead an apprenticeship in the field, walking and watching and learning and carrying the kill in the back of my new hunting vest.

When the time came, I was given a .410 single-barreled shotgun by my uncle and spent days at a shooting range learning how to lead and squeeze.

The first time I was allowed to hunt, we were walking a dirt-clod field in Imperial Valley during dove season. In dawn’s very early light, I spotted the distinctive beat-beat-glide of a single dove almost directly above us, but way out of range. After pleading with my father to let me take a shot because I had waited so long, he finally relented. I tracked the bird to the best of my then non-existent experience and pulled the trigger.  Far above us we saw the dove lurch, followed by a small puff of what were no doubt feathers, and then it plummeted to the ground, the victim of an overachieving bb or two that managed to find its mark.

I was a natural born killer.

I was just reading Isara‘s well-written and depressing rec-lister [12] on the state of our gun-crazed land and wanted to clear up a small error in the diary that is surprisingly widespread on both sides of the gun-control debate: the role of guns in the “Old West.”

Firearms, both long guns and handguns, were indeed ubiquitous in the plains and high country of western America in the 19th century, and into the 20th. Men and women journeying there would have been foolish not to rely on the security of a steel companion, what with (rather understandably) angry natives and deadly predators, particularly the newly-arrived, pale, two-legged sort.

However, in town, attitudes toward possession and use of guns was quite different, indeed often hostile. 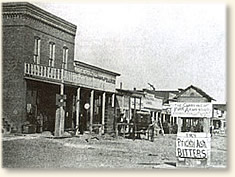 This pleasant burg is Dodge City, Kansas [13], circa 1878, perhaps the wildest cow town where ever trail met rail. The sign, prominently displayed on the main street, read (above the advertisement for bitters), “The Carrying of Firearms Strictly Prohibited.” In fact, when Dodge got itself up a municipal government, it’s very first law [14] was a gun control ordinance.