The Berthoud Area Chamber of Commerce has chosen Peter Bridgman as the Citizen of the Year for his creativity and tireless energy in bringing Habitat for Humanity to Berthoud. In a letter of nomination from Habitat colleague and close friend Ric Haskins, Bridgman was described as a “well-known character,” who “brought others together and infused them with his dream.”

Among his many efforts, Bridgman also led fundraising, the creation of the Habitat Thrift Store on Massachusetts Avenue, and navigated the administrative pathways to making two families’ dream of homeownership a reality. In short, Haskins noted, “there is no better person to be an example for the rest of us of what a resident can do to give selflessly of themselves for the betterment of others and of the community.”

Bridgman was noticeably surprised and touched by the award, having been told he was invited to the gala to support the Habitat organization. He has lived in Berthoud for 30 years and said in his younger days, “They used to say I was full of vim and vigor, but now they say I’m just full of it.”

Bridgman stepped down from his leadership duties in November to tackle colon cancer. And in response to the lingering question of what he’ll do with his “spare time,” he said with a characteristic grin, “After I get on top of this stupid cancer, you all will be the first to know of my next wild and crazy idea.”

Mayor Tom Patterson presented the award to Bridgman at the Chamber’s annual installation dinner and gala on Saturday night at the L&M Garden Center, which featured community awards, and a lively evening of food from local restaurants, music and dancing to the tunes of the live band, Ol’ Skool. More than 120 members of the business and education community attended the gala with an international theme “A World of Opportunity.”

A long-time friend and fellow Habitat organizer, Mayor Patterson wished Bridgman well and encouraged him to “Live your life… every day.” 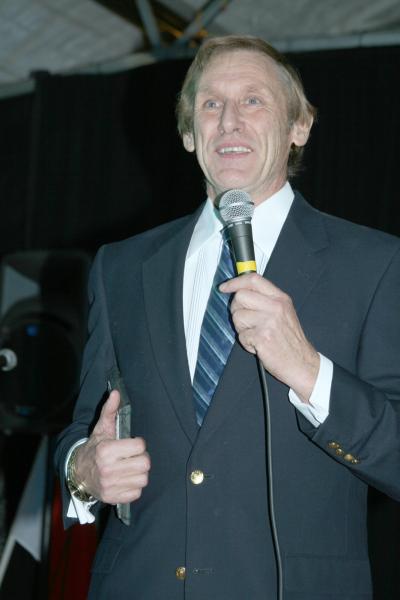 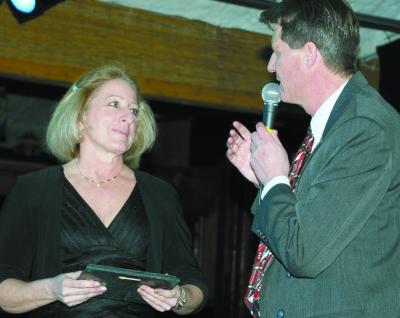