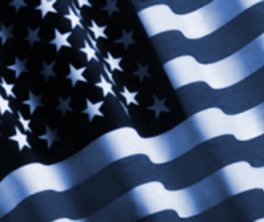 Contraception for All: The Promise of the Griswold Decision Is on the Verge of Fulfillment 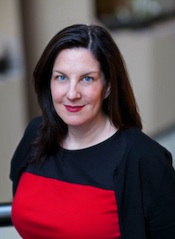 On June 7, 1965, in Griswold v. Connecticut, the Supreme Court legalized contraception (for married people, at least) and held that women and men have the right to privacy in making decisions about their sexual health. The case recognized, in law, the principle that women and men—not government—should decide when and how to plan their families, and paved the way for programs and policies that help women make health-care decisions that affect their educational opportunities, their professional work, and their families.

Forty-eight years later, the promise of the Griswold decision is on the verge of being fulfilled. Title X, the federal family planning program signed into law in 1970 by President Richard Nixon, gives millions of under-resourced women and men access to a wide range of family planning and sexual and reproductive health services, including contraception. Medicaid must cover family planning for those seeking the service. The Affordable Care Act’s requirement that insurance plans cover contraception at no cost to plan holders has made birth control more affordable for women nationwide. And school systems, from New York City to Washington State, offer teen pregnancy prevention programs that include evidence-based sexuality education and contraceptive services, with the goal of reducing unplanned pregnancy.

Yet in the face of these collective gains, and almost 50 years of strong public support for contraception, politics and ideology continue to threaten contraceptive access on the federal level and in the states. As a result, women all over the country, and particularly those with the fewest resources, have lost or are in danger of losing access to their birth control methods and other life-saving preventive health services, like cervical and breast cancer screenings.

Due to budget cuts and political attacks, in just one calendar year, Title X was cut by more than $23 million, resulting in a decline of more than 200,000 patients seen in the program. Additional cuts to the program have just been announced. Members of Congress have placed millions of people at risk in their attempts to dismantle the family planning network by prohibiting providers such as Planned Parenthood from receiving any federal funding. Due to state legislation, in Texas almost 150,000 women have been cut off from care. In Arizona, access to Medicaid-funded family planning came close to elimination when Gov. Jan Brewer said she would support banning many providers in the state from receiving Medicaid funding to gain support for expanding Medicaid in the state. Even champions have on occasion allowed politics to trump evidence and reason. The Obama administration’s recent decision to actively maintain barriers to emergency contraception will have unjustifiable health consequences for women and men of all ages.

Contraception is controversial only in politics. The fact is that people of every background and religious affiliation experience the public health and socioeconomic benefits of contraception; 99 percent have used contraceptives in their lifetime, and a majority of the public supports publicly funded family planning for poor and low-income women and men. In the November election and the months leading up to it, this majority made it very clear that access to women’s health care should not be endangered. As we celebrate the anniversary of Griswold, it is imperative that we honor the hard-worn path we took to get to this point and seize upon the moment to fulfill its promise and ensure contraceptive access for all.