The Middle Class Faces Extinction—So Does the American Dream [2]

Income inequality is now as high as it’s been since the Great Depression, and the middle class is nearly extinct.

This article first appeared in the  Los Angeles Review of Books [3].

Inequality is now one of the biggest political and economic challenges facing the United States. Not that long ago, the gap between rich and poor barely registered on the political Richter scale. Now the growing income divide, an issue that dominated the presidential election debate, has turned into one of the hottest topics of the age.

Postwar American history divides into two halves. For the first three decades, those on middle and low incomes did well out of rising prosperity and inequality fell. In the second half, roughly from the mid–1970s, this process went into reverse. Set on apparent autopilot, the gains from growth were heavily colonized by the superrich, leaving the bulk of the workforce with little better than stagnant incomes.

The return of inequality to levels last seen in the 1920s has had a profound effect on American society, its values, and its economy. The United States led the world in the building of a majority middle class. As early as 1956, the celebrated sociologist, C. Wright Mills, wrote that American society had become “less a pyramid with a flat base than a fat diamond with a bulging middle.”

That bulge has been on a diet. The chairman of President Obama’s Council of Economic Advisers — Professor Alan Krueger — has shown how the size of the American middle class (households with annual incomes within 50 percent of the midpoint of the income distribution) has been heading backwards from a peak of more than a half in the late 1970s to 40 percent now.

Around 100 million Americans — a third of the population — live below or fractionally above the poverty level.

The work of Alan Greenspan and other unethical economists has cost us trillions of dollars, millions of jobs and endless suffering.

What do you get when you throw together economic fraudsters, plutocrats and opportunistic criminals? A financial crisis, that’s what. If you look back over the massive frauds that have swept the country in recent decades, from the savings and loan crisis of the 1980s to the 2007-’08 financial crash, this deadly combination always appears.

A dangerous cycle begins when prominent economists pander to plutocrats and bought politicians, who reward them with top posts, where they promote the perverse economic policies that cause fraud epidemics. Crises develop, and millions of people are ripped off. Those who fight for truth are ignored or ruined. The criminals get wealthier, bolder and more politically powerful, and go on to hatch even more devastating cons.

The three most recent financial crises in U.S. history were driven by a special type of fraud called “control fraud” — cases where the officers who control what look like legitimate entities use them as “weapons” to commit crimes. Each time, Alan Greenspan, former chairman of the Federal Reserve, played a catastrophic role. First, his policies created the fraud-friendly (criminogenic) environment that produces epidemics of control fraud, then he failed to identify those epidemics and incipient crises, and finally, he failed to counter them.

At the heart of Greenspan’s failure lies an ethical void in the brand of economics that has dominated American universities and policy circles for the last several decades, a brand known as “free market fundamentalism” or the “neoclassical school.”

5 Ways The Republican Party Has Sabotaged Our Economic Recovery [6] 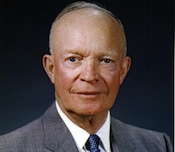 No Republican president has balanced a budget [7]since Dwight Eisenhower. A Republican president and Congress took a budget surplus and grew the deficit at a startling pace — Bush Jr.’s final year in office left a deficit of well over a trillion dollars. Despite all this, Republicans decided they were the voice of fiscal reason and President Obama, who grew government at a slower rate than any president since Eisenhower [8], was busting open your grandchild’s piggy bank to buy beers for Solyndra [9].

Overwhelmed by impressive message discipline, Democrats bought into [10] the “family budget” analogy Republicans used to justify cuts: What’s the first thing your family does in a crisis? Cut back! But I might cut back on my family’s nuclear weapons first.

Of course, deficit hysteria wasn’t about reducing the deficit. As Bivens and Fieldhouse explain, “To be clear, the GOP members of Congress were not seeking deficit reduction, they were seeking spending cuts.”

It was this hysteria that set the stage for the singularly most destructive thing Republicans did to spite the president and the recovery.