Mission Creep: When Everything Is Terrorism [2]

NSA apologists say spying is only used for menaces like “weapons of mass destruction” and “terror.” But those terms have been radically redefined. 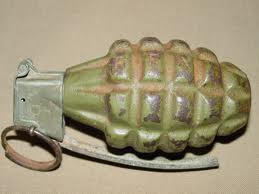 One of the assurances I keep hearing about the U.S. government’s spying on American citizens is that it’s only used in cases of terrorism. Terrorism is, of course, an extraordinary crime, and its horrific nature is supposed to justify permitting all sorts of excesses to prevent it. But there’s a problem with this line of reasoning: mission creep. The definitions of “terrorism” and “weapon of mass destruction” are broadening, and these extraordinary powers are being used, and will continue to be used, for crimes other than terrorism.

Back in 2002, the Patriot Act greatly broadened [3] the definition of terrorism to include all sorts of “normal” violent acts as well as non-violent protests. The term “terrorist” is surprisingly broad; since the terrorist attacks of 9/11, it has been applied to people you wouldn’t normally consider terrorists.

The most egregious example of this are the three anti-nuclear pacifists [4], including an 82-year-old nun, who cut through a chain-link fence at the Oak Ridge nuclear-weapons-production facility in 2012. While they were originally arrested on a misdemeanor trespassing charge, the government kept increasing their charges as the facility’s security lapses became more embarrassing. Now the protestors have been convicted of violent crimes of terrorism — and remain in jail.

Meanwhile, a Tennessee government official claimed [5] that complaining about water quality could be considered an act of terrorism. To the government’s credit, he was subsequently demoted [6] for those remarks.