American public has ‘virtually no influence’ over politics in face of wealthy interest groups, study finds 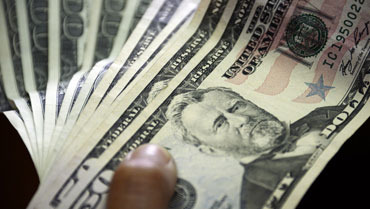 [5]It’s not just your imagination: The influence of money in politics has indeed drowned out the voices of American voters, a new analysis shows, with runaway corporate lobbying and a lack of campaign finance reform to blame for giving much more political weight to the wealthy.

Researchers at Princeton University and Northwestern University compared the public’s influence on 1,779 policy issues between 1981 and 2002, finding that more often than not, the interests of wealthy groups and individuals won out over the demands of the general public. For instance, when 80 percent of the public asked for a change of some sort, they got their way only about 43 percent of the time. [6]

The study, its authors say, points to the overwhelming power of wealthy lobbying groups and individuals backing certain interests in American politics, [7] and the marginalization of voters and public advocacy groups.

“I expected to find that ordinary Americans had a modest degree of influence over government policy and that mass-based interest groups would serve to promote those interests,” Martin Gilens, a political scientist at Princeton and a co-author of the study, wrote in an email to Al Jazeera.

“What we found instead was that ordinary Americans have virtually no influence over government policy and that mass-based interest groups as a whole do not reliably side with the wishes of the average citizen.”

Co-author Ben Page described an oligarchy as “rule by a small number of wealthy people,” citing the definition of political scientist Jeffrey Winter. [8] But Page cautioned against declaring the country an “oligarchy” just yet.

“Our findings are consistent with the U.S. being an oligarchy but don’t prove that to be so,” Page said, adding that “oligarchy is increasing as economic inequality increases and Congress and the Supreme Court dismantle regulations.”

Although it seems like common sense that money has an outsize impact on American political life, observers of campaign donations say this study, due out in full form this fall, has captured in hard numbers the disparity between the power of people and that of special-interest groups.

“I don’t think the finding is that surprising,” said Alexander Furnas, a research fellow at the Sunlight Foundation, a Washington, D.C.–based nonprofit group that tracks political donations. “What is really fantastic about it, however, is that it provides systematic empirical support to theories of political influence that were previously supported by mostly anecdote.”

The power of money in politics became even more apparent during the Great Recession of the late 2000s, when corporate lobbyists for financial institutions were able to fend off banking regulations.

“The failure to hold financial institutions accountable, the feeble nature of the regulatory reforms that were adopted, and the extremely uneven recovery (in which corporations and affluent Americans have done quite well, but middle-class and poor Americans are still suffering) all show the extent to which government tilts toward the interests of the rich and powerful,” Gilens wrote.