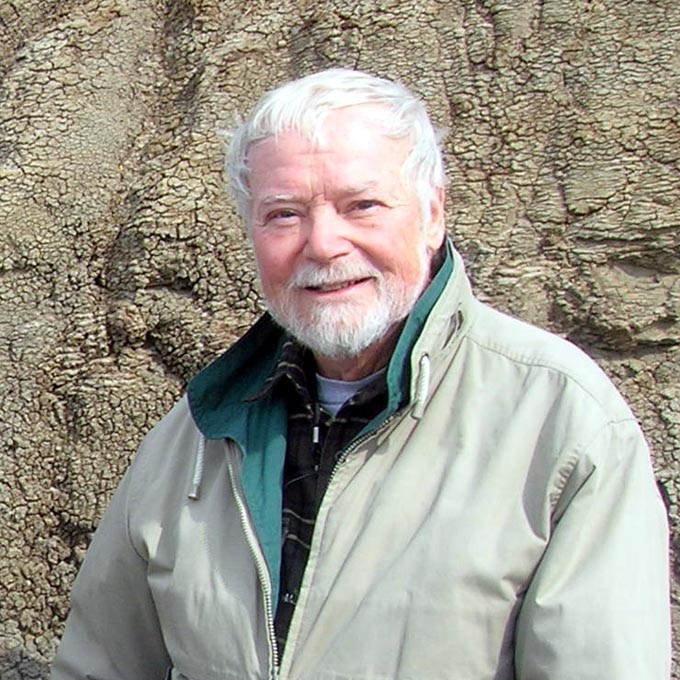 Doug Nichols, Ph. D., paleontologist and Berthoud resident, passed away unexpectedly on Jan. 21, 2010, at the age of 67. Born in Jamaica, Long Island, N.Y., he was the son of Kenneth C. and Beatrice O. Nichols. Doug lived in Long Island, N.Y. and New Jersey while growing up.

Since settling in Berthoud in 2005, Doug enthusiastically embraced life here in Berthoud. He made so many friends in the short time he lived here and thoroughly enjoyed the relaxing rhythm of small-town living. Most days, after his usual routine of working several hours on his current scientific endeavor, he could be seen strolling through town with his wife and two dogs. Always one to take civic responsibility seriously, he quickly became involved in community activities and also had great fun writing a science column, “Our Natural World,” for the Berthoud Recorder. As a geologist who grew up in the east where most geologic features are blanketed by plant life, Doug was awed by the Rockies and the exposed rock formations of the west. It was a geologist’s dream and he felt so fortunate to make Colorado his home. Doug was a kind and intelligent man with a passion for living. His keen curiosity and joie de vivre were apparent to all who knew him.

Doug was a well-loved and highly-respected international figure in the geological and paleontological communities. He received his Bachelor’s and Master’s degrees from New York University. After receiving his Ph.D. from Pennsylvania State University, he taught at Arizona State and SUNY Geneseo. He moved to Denver to work as a geologist for Chevron Oil and then joined the US Geological Survey in 1978. He retired from the USGS in 2006 and actively continued his career, serving as scientist emeritus for the USGS, research associate for the Denver Museum of Nature & Science and senior editor of an international scientific journal (Cretaceous Research). Doug had broad interests and conducted research in North America, China, Russia, Mongolia, Japan and Egypt. He was the author or co-author of more than 140 articles in scientific journals. In 2008, he published a book with Cambridge University Press (Plants and the K-T Boundary). An accomplished researcher and lecturer, he continued to share knowledge all his life. He maintained his interest in education and served as advisor and mentor for numerous graduate students around the world.

His gentleness, patience and humor will be much missed. He is survived by his wife of 45 years, Jan, (Weisbrodt) Nichols; son Ken and daughter-in-law, Jeruesha of Berthoud; daughter Joyce Nichols Metzger and granddaughter Samantha Metzger of Arvada; daughter Amber Nichols Kelly and son-in-law, Bruce of Firestone; and sister, Faith Nichols Delaney and husband Peter of West Milford, NJ.