LOVELAND, Colo. – The Colorado Eagles defeated the Fort Wayne Komets, 6-1, in the highly-anticipated first meeting between the two franchises.  Both Adam Hogg and Dan Sullivan scored a pair of goals to help the Eagles to the win that kept them atop the Turner Conference.

Colorado got the game’s first goal 2:59 in when Joe Grimaldi found Scott May open down the right wing and sent him on a rush into the offensive zone. May circled behind the cage, drawing Kevin Reiter out of the net, and sent a pass back through the vacated crease for an easy tap-in by Sullivan.

The Eagles made it 2-0 at 13:11 when Hogg netted a power-play tally. Steve Haddon took the puck down the left wing, cut toward the slot and found Hogg on a back-door play. The goal was Hogg’s 18th of the season, setting a new career high.

Colorado was dominant in the second period, out-shooting the Komets 14-4 and out-scoring them 3-1. Riley Nelson made it 3-0 at 4:14 when Kevin Ulanski sent a pass from the left wing into the high slot where the Eagles captain used a quick-release shot, and in one motion, blew it past Reiter.

Nelson — who was announced as a finalist for the league’s MVP award earlier in the day — helped set up Colorado’s fourth goal at 12:20. He passed the puck to Daymen Rycroft along the left wing entering the offensive zone, and the rebound from Rycroft’s sharp-angle shot went right to a wide open Ulanski in the low slot for a 4-0 lead.

Fort Wayne finally got on the scoreboard 22 seconds later (at 12:44) — on their first shot of the period — when Tab Lardner sent a pass from the top of the right circle into the slot for a one-timer by Brandon Warner.

But just over three minutes later, Hogg picked up his second goal of the game just after an Eagles power play had expired when he worked a give-and-go with Adam Chorneyko low in the offensive zone, to the right of the net, before roofing a shot past Reiter from in close.

Nick Boucher replaced Reiter in net for Fort Wayne at the start of the third period, after the latter had allowed five goals (stopping 19 of 24 shots) through the first two periods of play. At 7:03, Sullivan picked up his second score on a wraparound goal, beating Boucher’s right leg. That put Colorado up 6-1 and accounted for the final score of the contest.

The Eagles will face the Tulsa Oilers Saturday night as the team honors its fans — who will pack the Budweiser Events Center for the 299th straight time — on Fan Appreciation Night. 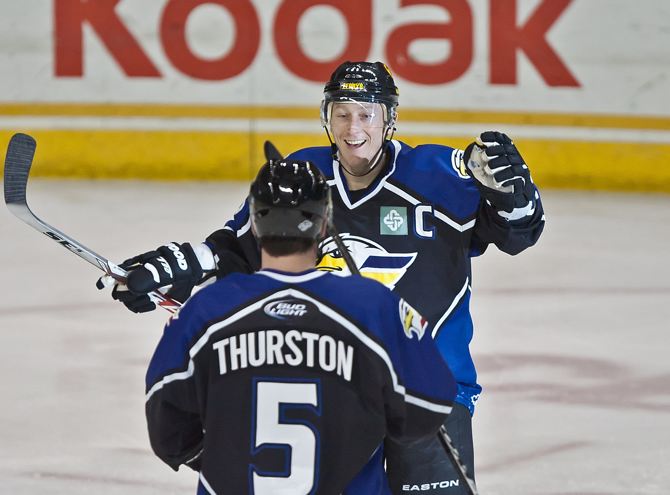 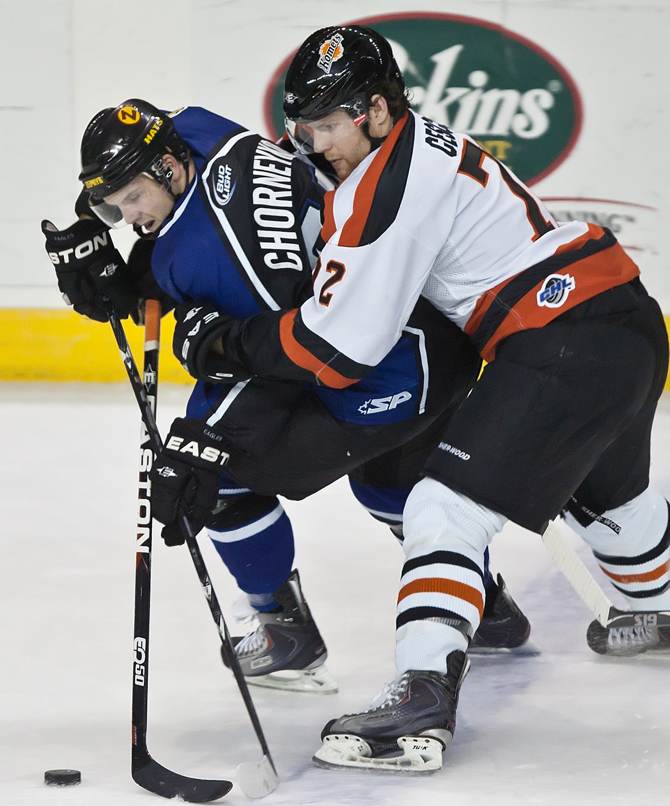 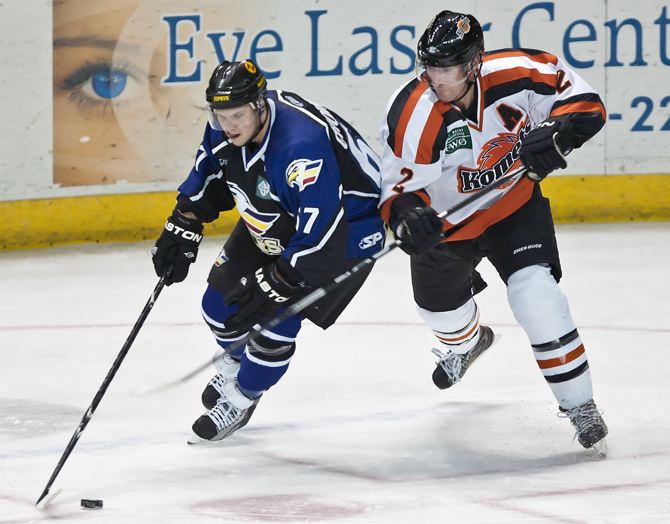 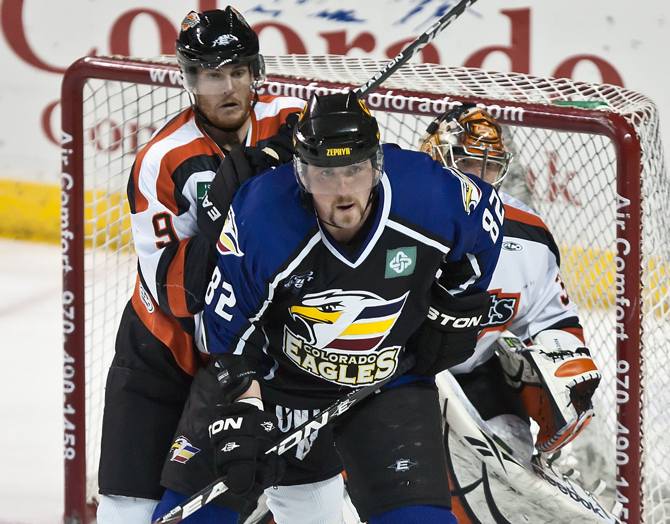