RAPID CITY, S.D. – The Colorado Eagles defeated the Rapid City Rush, 4-1, to move out of a fourth-place tie with the defending champs all the way into a first place tie in the Turner Conference; Colorado’s .618 winning percentage is the conference’s best. All-Star goaltender Kyle Jones stopped 32 of 33 shots in his second consecutive outstanding start.

The Eagles jumped out to an early 2-0 lead, scoring on two of their first four shots and chasing Danny Battochio from the Rush net. Kevin Ulanski and Riley Nelson pushed their respective point streaks to eight games each when Ulanski deflected an Aaron Schneekloth power-play shot from the point past Battochio at 2:59 (Nelson picked up the second assist). 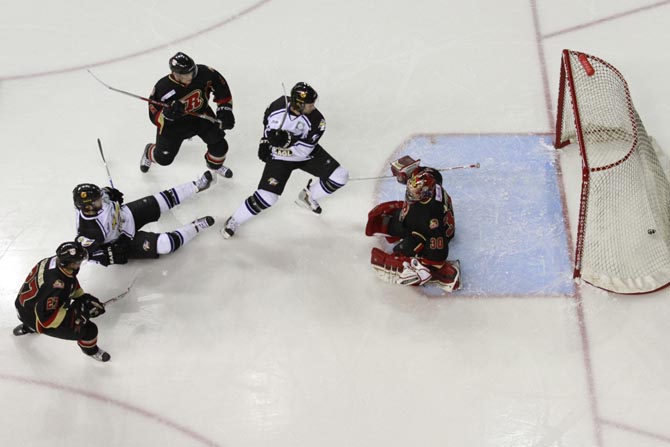 [1]
Kevin Ulanski puts the Eagles on the board early in the game. Photo by Mike Wolforth

And just three seconds after their second power play expired, Schneekloth sent a one-timer from the right point into the net for a 2-0 lead at 6:52. Former Eagle Tim Boron then replaced the CHL’s reigning Rookie of the Year in net for Rapid City. At the other end of the ice, Jones made several stellar saves — stopping 13 in the period — on the same sheet of ice he helped the All-Star team to a win on in last week’s CHL All-Star Game.

Colorado used its third power play of the night to gain a 3-0 lead 5:12 into the second period. After Jones made two big stops on Rapid City’s shorthanded chances, the puck went the other way and Adam Hogg’s centering feed from below the left circle banked off Dan Sullivan and in. The Rush would finally get on the board with a power-play goal of their own at 19:17 when Ryan Menei’s centering pass from a similar spot deflected in off an Eagle.

The score remained the same until late in the final frame when the Rush started to press. Their desperate play opened the door for a 3-on-2 rush for the Eagles, and Hogg found Steve Haddon on a perfectly executed score at 16:47.

Colorado will head home for a Wednesday night game against the Evansville Icemen, the first of the former IHL teams to visit the Budweiser Events Center. 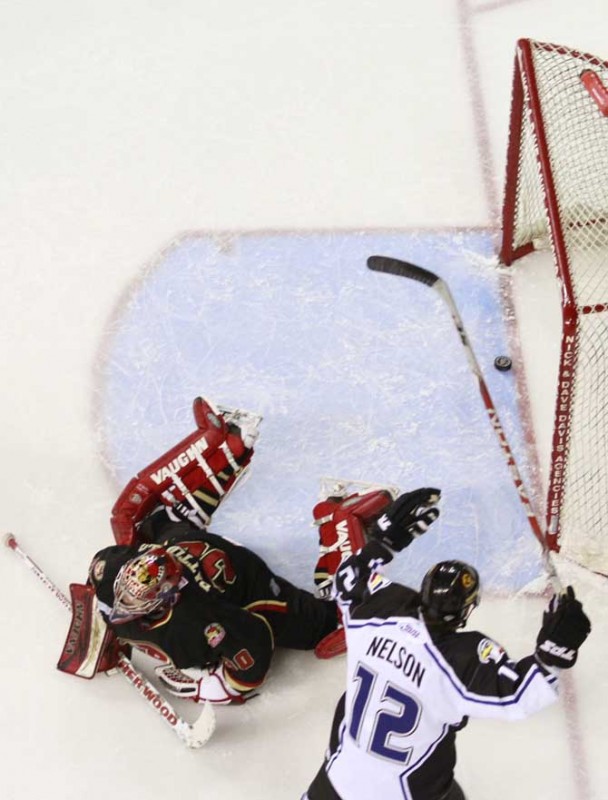