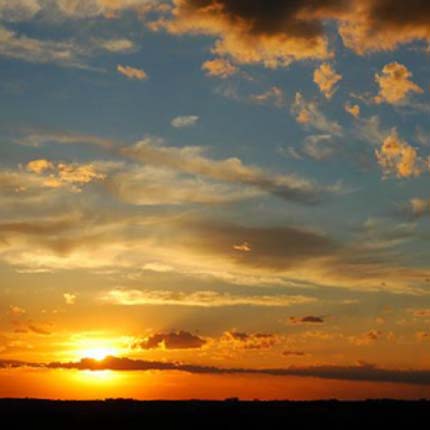 [3]Another beautiful photo today from Dan Bush. This one is from his gallery of sunrises and sunsets [4].

We use this photo today in honor of the June solstice, which happens today at 11:28 Universal Time [5] (5:28 Mountain Daylight Time).

No world body has designated an official day to start each new season, and yet today is widely recognized as the beginning of summer in the northern hemisphere and beginning of winter on the southern half of Earth’s globe. It is also the longest day in our hemisphere and shortest day south of the equator.

Throughout the world, this solstice represents a “turning” of the year. The word solstice can mean a turning, outer limit or culmination of something. From around the world, the sun is now rising and setting as far north as it ever does. By tomorrow, it will have begun a subtle shift southward on the sky’s dome again.

Why the hottest weather is not on the longest day [7]