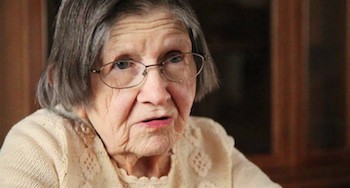 is story first appeared at BillMoyers.com [3].

You may have been voting in the same polling place for longer than your state legislators have been alive, only to find yourself disenfranchised as a result of new restrictive voting laws passed by Republicans as a “solution” to the non-existent problem of voter identification fraud [4].

It happened to 92-year-old Ruby Barber [5] and 84-year-old Dorothy Card [6] in Texas. In Tennessee, 96-year-old Dorothy Cooper [7] and 93-year-old Thelma Mitchell [8] — who had cleaned the state Capitol for 30 years — faced similar problems, as did 86-year-old World War II vet Paul Caroll [9] in Ohio, 97-year-old Beth Hiller [10] in Kansas and a 92-year-old Alabama woman [11] who was too embarrassed by the incident to reveal her name to the media. Even 90-year-old former Speaker of the House Jim Wright [12]had to jump through a number of hoops to get a suitable ID from the Texas Department of Public Safety.

In Yesterday’s Guardian, 87-year-old Wisconsin resident Ruthelle Frank spoke out about her own experience [13]:

On October 2011, an article appeared in my local paper reporting that, in order to vote in the next election, everyone was going to need a state-issued identity card for the first time. At 85 years old, I didn’t have one, because I’m handicapped and so I never drove a car or needed an ID.