Bani-Sadr’s commentaryfocused mostly on historical inaccuracies in “Argo,” which depicted how six U.S. Embassy staffers made their escape when the embassy in Tehran was overrun by Iranian militants on Nov. 4, 1979, in protest of the U.S. government admitting the deposed – and widely despised – Shah of Iran for medical treatment. 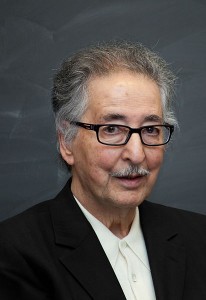 In the commentary published by the Christian Science Monitor on March 5, Bani-Sadr, now 79 and living outside Paris, said the movie ignored the fact that most government officials favored freeing all the American personnel quickly. He criticized “Argo” for portraying Iranian officials of that time as radical and irrational.

The ex-president noted that “Argo” did quote him accurately as saying he expected the Americans to be freed within a few days – revealing that he based that comment on a conversation he had had with Ayatollah Ruhollah Khomeini – but Bani-Sadr criticized the movie for leaving “the impression that the Iranian government supported the occupation of the embassy and that I was a lone voice in opposing it. This could not be further from the truth.”

Bani-Sadr said he and all other major candidates for the Iranian presidency supported releasing the hostages. He noted that after taking that position, he won the election with 76 percent of the vote. He added:

“Overall, 96 percent of votes in that election were given to candidates who were against [the hostage-taking]. Hence, the movie misrepresents the Iranian government’s stand in regard to hostage-taking. It also completely misrepresents Iranians by portraying us as irrational people consumed by aggressive emotion.”

However, after becoming president on Feb. 4, 1980, he found his efforts to resolve the hostage crisis thwarted. Bani-Sadr said he discovered that “Ayatollah Khomeini and Ronald Reagan had organized a clandestine negotiation, later known as the ‘October Surprise,’