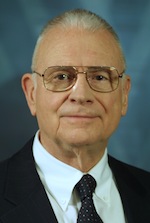 There have been encouraging signs that the Republican leadership on Capitol Hill wants to make Congress function again. They’ve talked about using conference committees more, allowing a more open process for rank-and-file members, enacting separate appropriation bills rather than using omnibus bills, and letting committees lead on legislation rather than hoarding all power in the leadership offices. Perhaps most important, they’ve acknowledged that Congress has many bad habits, and insist that they want to restore a healthy legislative process.

This has to be heartening to any American concerned about the level of dysfunction to which Congress had sunk. The question is, how can we tell if Congress is actually fixing itself? For as promising as the rhetoric might be, there’s a long way to go before words and reality meet on Capitol Hill. Here’s what you should keep your eye on:

First, differences in emphasis separate the leaders of the two houses, Senate Majority Leader Mitch McConnell and House Speaker Paul Ryan. Ryan is intent on pressing forward with key policy proposals that would anchor a bold Republican legislative agenda. But that’s because the Republican majority in the House is not generally believed to be at risk. Over in the Senate, things are different: control of that body next year is up for grabs, and McConnell seems to be focused on maintaining his party’s majority. For his members, boldness is a risk. This difference could lead to slim production.

So look to see how many and which issues the two leaders really push forward. Will they advance the Trans-Pacific Partnership trade deal in some version, or let it slide until the elections are past? Will they tackle tax reform? How about authorizing support for the war against ISIS? Ryan has already removed one key matter — immigration reform — from the table. Will other pressing issues also bite the dust?

The second big indicator is whether Congress has the political will to fix itself. Most members say publicly that they don’t want gridlock and are dedicated to making the institution function smoothly. The key measure of whether they really mean it is the attitude they take toward their political adversaries. If what you hear on Capitol Hill is nothing but distrust, then they’re not serious. If they’re willing to negotiate and compromise with one another — as happened at the end of last year, with the passage of an omnibus spending package — then there’s hope.

Third is what you might think of as the rolled-up-sleeves test. How hard are members of Congress willing to work at addressing the key issues facing the country? So far, the evidence is disappointing. The legislative schedule put out by the congressional leadership is, to be blunt, lax. On average, members of Congress will be working about nine days a month. They’ve given themselves four stretches of ten days off at a time. They’ll be off for 52 straight days in July, August and September, and then another 39 days in a row in October and November. Yes, it’s an election year and they want to campaign. But you cannot run a government that is not in session. The best we can hope for is an obvious sense of urgency when members of Congress are in Washington. Look for it. If you don’t see it, little will get done on Capitol Hill.

I should say that not all the responsibility for restoring Congress rests at the federal level. The states, too, have a key role to play. Will they get serious about how they draw congressional districts, so that politicians no longer have the luxury of picking their voters rather than the other way around? Will some states continue to pursue efforts to make voting harder — which, like gerrymandering, has the effect of shoring up the extremes in Congress? Will states make the effort to modernize their voting systems, so that the democratic process has a chance of working with minimal friction?

In the end, good intentions and fine rhetoric don’t accomplish much. I hope you’ll keep an eye on Congress and cheer for its members to act in accord with their own advice. If they do, Congress will take a giant stride toward improved performance.

Lee Hamilton is a Distinguished Scholar, Indiana University School of Global and International Studies; and a Professor of Practice, IU School of Public and Environmental Affairs. He was a member of the U.S. House of Representatives for 34 years.