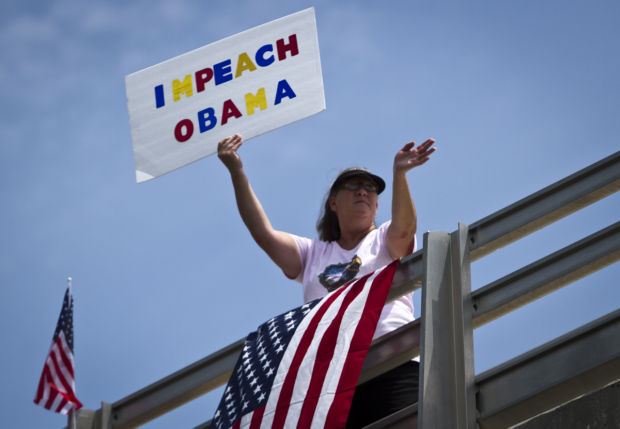 What’s wrong with the Republican’s burning desire to impeach the president? If you lived here in the rural heartland, well sheltered from all those liberal, urban and coastal types, you would understand.

I do, because recently I was educated by a couple of locals while we sat at the bar of a neighborhood restaurant. The larger topic was American politics. I learned that our most important problem is really Obama, who we all know is a (expletive) socialist who was born in Kenya, who hates whites (except his white mother and white grandparents who raised him.)

I learned he should be impeached. But when I asked why, no one had a reason. Although I was reminded about when he declared what cars we will drive and how our corporations will be run because he saved General Motors. Oh and he wants to kill old people with Obamacare. That got my attention because I’m an old person.

As the lesson continued, I was taught that my political views were really off-base. I defended myself by pointing out that I research my political positions by reading websites and newspapers that lean both right and left.

I then learned my big mistake is I don’t watch Fox News. As if that wasn’t bad enough, I was also accused of watching MSNBC, which they taught me is filled with hate talk. I won that point because I don’t watch any news channels. That didn’t gain me much. I had made the unforgivable mistake of wanting our twice duly elected president to succeed.

Well, I love a good argument as long as it doesn’t turn violent. But during my lesson, one of my teachers almost stroked. His outburst of rage was a bit alarming. I said the lesson was over until he had control of his anger.

To his credit, he did. He then stood up and sent a few more personal insults at me and my “racist” president. Then, his spleen vented, he left as he explained my thinking to me and how wrong I am.

Those lessons have helped me understand other issues too.