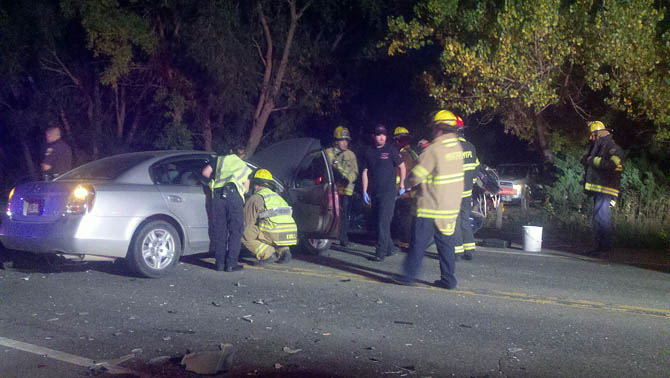 Weld County, CO – A two-vehicle accident shut down both lanes of Colorado State Highway 66 tonight (October 13) for a short time while crews responded. Two engines and an ambulance from Mountain View Fire Rescue (MVFR) responded, along with two Weld County Deputies, a Longmont Paramedics/American Medical Response (AMR) ambulance, and another ambulance from AMR. Both the MVFR ambulance and the Longmont Paramedic/AMR ambulance each transported one patient non-emergent to a local hospital. The accident appeared to have been caused by heavy traffic with one vehicle hitting the back end of the other. Highway 66 was closed in both directions for a short time while crews tended to patients and eventually cleared the scene of glass and debris.