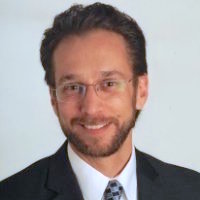 I don’t blame the Boy Scouts for President Donald Trump’s bizarre speech at the National Jamboree in West Virginia on Monday.

The U.S. president is, after all, the honorary president of the Scouts. If he wants to speak at the National Jamboree, it would be hard to say no.

I don’t blame the boys in the audience who took the bait and booed Hillary Clinton and Barack Obama or who chanted “USA! USA!” in response to Trump’s childish cues. They’re impressionable kids.

I’m long past laying blame at the feet of the electorate. It gets us nowhere.

And, honestly, it’s hard to even blame Trump. He’s just being himself — inappropriate, unhinged, narcissistic.

But, as an Eagle Scout, I’m still disappointed at what is yet another stain on the Boy Scouts program.

After finally pulling itself from the mire of discrimination against gay Scouts and leaders, Scouting is on a path to right the ship and lure another new generation to its ranks. West Virginia’s Summit Bechtel Family National Scout Reserve, home of the National Jamboree, is proof of that.

Throughout the past week, this paper has had numerous stories and photos showing Scouts having fun and working in our communities. We’ve also explored the economic impact that 40,000 Scouts, troop leaders and others can bring to an area.

And, unfortunately, we’ve also shown how quickly all of that can be tarnished for the benefit of one man’s ego.

Speaking to the children as if they were voters, Trump said his election was “an unbelievable tribute to you and all of the other millions and millions of people that came out and voted for ‘Make America Great Again.’ ”

He recounted the Electoral College breakdown, trying for the umpteenth time to relive the victory he claimed on that night in November. He revisited the Merry Christmas non-issue. He made false claims about the press. He made threats about the health care vote.

He basically defied most of the 12 points in the Scout Law — you know, the one that includes terms like trustworthy, loyal, friendly, courteous, kind.

But, then again, Trump has made his presidency about defying storied American institutions. The free press comes to mind.

The backlash against the Boy Scouts over Trump’s speech led the organization to put out a statement on Tuesday:

“The Boy Scouts of America is wholly nonpartisan and does not promote any one position, product, service, political candidate, or philosophy. The invitation for the sitting U.S. president to visit the National Jamboree is a long-standing tradition and is in no way an endorsement of any political party or specific policies.”

Of course, that’s not really a response, just a reiteration of the Scouts’ stance on these matters.

The response has been largely panned as not being strong enough.

I can’t say I’m surprised the Scouts wouldn’t say more. It would be a tricky move to come out and disavow some of Trump’s remarks, embarrassing their honorary president and making an enemy of the nation’s top loose cannon.

But, just for the sake of argument, what if the statement included a few more sentences:

“Furthermore, the Boy Scouts of America is first and foremost about kids, about building strong kids with a strong resolve. It is about honesty. It is about succeeding — with humility. It is about service and instilling the drive to help others. It is about encouraging our peers to rise to the challenge and offering a hand when needed. It is about civility.”

That’s the Scouting that I remember.

One man playing the fool can’t change that.

Robert J. Byers, syndicated by PeaceVoice [1],  is the executive editor of the Charleston Gazette-Mail in Charleston, West Virginia.