Update on the Arrest of John Marks, Jr. 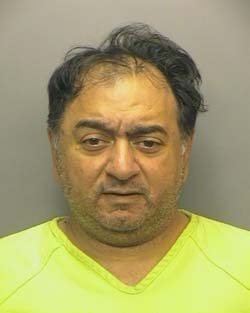 [2]On October 29, 2010, at 6:10 PM, John Marks, Jr. was taken into custody by Larimer County Sheriff’s Office investigators in the 4000 block of Clydesdale Parkway in Loveland. He was arrested without incident.

Marks has been sought since October 12, 2010, when deputies conducted a welfare check at the request of family members of Kathy Adams, Marks common-law wife. Evidence found at their residence at 2920 1/2 East Mulberry prompted investigators to initiate a search for both Adams and Marks. An extensive investigation ensued.

At approximately 11:08 PM on Saturday, October 23, 2010, Larimer County Sheriff’s Office deputies were called to an area of Highway 36 near the border of Boulder County on a report of a body in a ravine off the road. The Larimer County Coroner later released the identification of the decedent found near Estes Park as that of Kathy Adams. The Coroner had ruled her death to be homicide.

Marks will be booked in the Larimer County Detention Center later tonight. A booking photo will not be available until Saturday, October 30, 2010.

Sheriff Alderden would like to express his appreciation to Major Coleman and the rest of the investigative team for the hundreds of hours and dedicated effort. Larimer County Sheriff’s Office would also like to thank the public and the media for their assistance during this investigation.

No further information will be released nor will any interviews be given as the investigation is continuing.