Josh Schumacher competed in the Rockies Baseball Skills Challenge in Berthoud on June 9. He won first place in his age division of 10 and 11-year-old boys. This gave him the chance to go onto the Sectional Final in Longmont on July 11. He won first place in that event and will be competing in the State Final on August 14 at Coca-Cola All Star Park in Lakewood. All State Finalists receive three Colorado Rockies tickets for the game that evening. This is Josh’s third year to participate in the Rockies Skills Challenge. He finished in third place in the state as a 9-year-old and won the State Final last year as a 10-year-old. He hopes to win again. 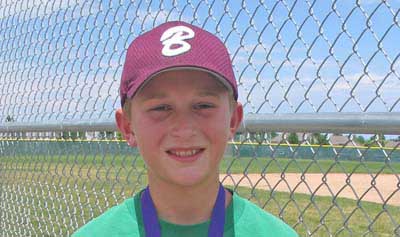