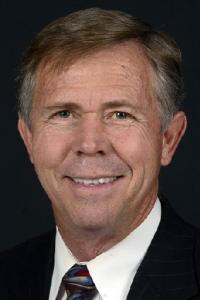 The hearing was a great success, despite a lack of participation from Planned Parenthood and most state agencies. With a standing-room-only crowd, several TV cameras and eleven legislators, the informational hearing dug deep into the concerns and particulars of fetal tissue trafficking.

Planned Parenthood of the Rocky Mountains, the Colorado Department of Public Health and Environment, Colorado State University and the University of Colorado were all invited to testify but did not come. The Attorney General’s office did appear before the committee (at the last minute). Because of those who declined to appear before the committee many questions remain unanswered, but several points were established.

The hearing was a success in opening the discussion concerning the use of fetal tissue in research in the state of Colorado. However with questions still left unanswered, and departments unwilling to fully investigate, the Legislature has more work to do.

DENVER: As the Republican Study Committee of Colorado’s so-called “hearing” into discredited undercover videos attacking Planned Parenthood wrapped up today, ProgressNow Colorado, the state’s largest online progressive advocacy organization, condemned this waste of lawmakers’ time that produced absolutely no new information or evidence of wrongdoing by Planned Parenthood or any other organization.

“Like the GOP’s ridiculous show hearings in Washington, D.C., Colorado Republicans have proven once again today that the ‘war on women’ is alive and well in our state,” said ProgressNow Colorado executive director Amy Runyon-Harms. “There’s a very good reason why Governor Hickenlooper, the state public health department, and nearly every other state agency declined to attend today’s sham ‘hearing’–in addition to Planned Parenthood. The so-called ‘Republican Study Committee of Colorado’ has no authority whatsoever to investigate anyone, and this all-day waste of time produced no new information. There is still no evidence that Planned Parenthood broke any law, and the people of Colorado support the lifesaving medical research performed by Colorado State University and other leading educational institutions.”

According to Sen. Kevin Lundberg, the chairman of today’s RSCC “informational hearing,” Colorado State University, the Colorado Department of Public Health and Environment, and many others requested to “testify” declined to do so. Instead, the hearing consisted almost entirely of representatives from the anti-abortion organization Alliance Defending Freedom. A representative from the Colorado Attorney General’s office explained that their organization has no authority to “investigate” Planned Parenthood and has received no request from Gov. Hickenlooper’s office to commence an investigation.

“Politically, this sham ‘hearing’ is a huge mistake for Colorado Republicans who are showing their true anti-abortion colors just as a major election season is about to get underway,” said Runyon-Harms. “When right-wing politicians try to claim there is no threat to women’s health and access from right-wing politicians in Colorado, today’s hearing is a reminder of how wrong they are. The voters of Colorado are tired of being lied to and manipulated by Republicans over abortion rights. Those rights, as we saw again today, are under constant attack–and we have to fight to protect them year after year.”

He has a long history of public service from which we can determine his values and abilities. In the still crowded field of Republican contenders he has distinguished himself as a leader, clear thinker and good communicator, consistently gaining more credibility and popularity in the race.

When I consider all of the candidates as our President, Ted Cruz is the one I believe would be the best leader for this difficult time in our nation’s history. I have a high degree of confidence in his intelligence, integrity, seasoned judgement and solid values. This is why I am giving all of my support to Senator Ted Cruz.

While both Trump and Carson would be absolute disasters in their own right, Cruz is dangerous on just about every level imaginable. Not only is he every bit as hateful and bigoted as Trump, but he shares the batshit crazy religious fanaticism of Ben Carson. But even worse than those two, he’s proven repeatedly throughout his short career in the Senate that he has no problem watching this country burn as long as he thinks it will benefit him politically. Behind any mention of a possible government shutdown, including the actual shutdown we had in 2013, Cruz has been one of the lead architects pushing for it. If it’s an idea that’s even the slightest bit progressive (climate change, health care, immigration, minimum wage, separation of church and state, gay rights) he’s absolutely against it. In the past he’s compared liberals to terrorists, blamed a cop’s death on President Obama, and doesn’t seem to believe the Supreme Court should have the right to do their job. Well, that is, if he disagrees with their ruling. He’s such an incredible, narcissistic jackass that even many Republicans can’t stand him.

The audio book was not seen on TV (I had to go online to view it), as many channels, including The History Channel and the Discovery Channel have banned the ad as too controversial. Why? Well I think it is because it is set in the Civil War. I read this book to my children years ago and can attest that the book is filled with examples of valor and good character. There should be nothing controversial about it. Yet in our world, at least in the media world, its okay to show two men both claiming they are a small child’s father, but excellent examples of good character are banned.

We still have much work to do…

For Life and Liberty!