Larimer County Sheriff’s Office deputies and Posse members along with agents from the Colorado Department of Agriculture’s Bureau of Animal Protection seized 20 horses on March 7, from a property in the 500-block of Raspberry Lane in Livermore, Colorado, just south of the Wyoming border. Carl Preyss was cited for 20 counts of Cruelty to Animals, CRS 18-9-202 (1)(a), a class one misdemeanor. Several horses appeared to be underfed and there was no water available to the entire herd.

The horses first came to the attention of the Larimer County Sheriff’s Office last year after complaints of stray horses that appeared to be underfed.  At that time the Larimer County Sheriff’s Office made arrangements for hay and water for the animals and contined to monitor them. In May of last year, a Larimer County Sheriff’s Office deputy and a Posse member, who has received livestock investigation training through the Bureau of Animal Protection, examined the animals and determined several of them to be underfed. Mr. Preyss, the owner of the horses, was told of the concerns about the lack of food and water. Subsequent checks of the horses showed improvement in their condition and a private veterinarian provided a letter indicating the horses were not being neglected or abused.

In late December, deputies were in the area and once again observed no visible food or water available for the horses. After another visit in February by the Colorado Department of Agriculture’s Bureau of Animal Protection agents with the Sheriff’s office, it was decided that a search warrant would be obtained in order to perform a formal evaluation of the animals. Officials from the State Veterinarian’s office conducted the evaluation.   Sheriff’s deputies seized the horses based on lack of water. A private veterinarian will also evaluate the horses, treat them and oversee their recovery. 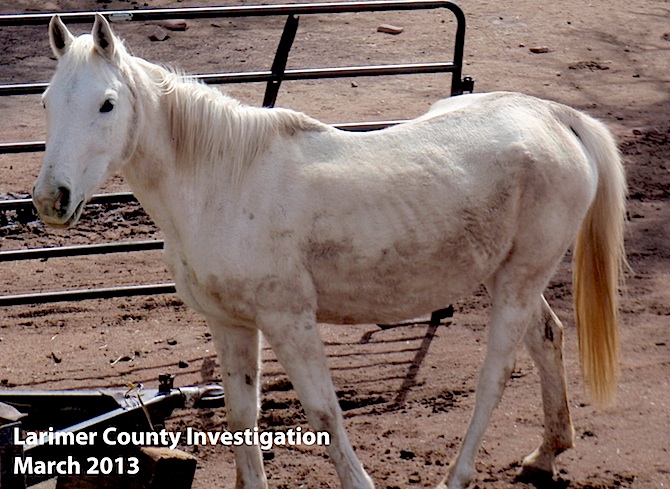 One of the 20 horses seized by the Larimer County Sheriff’s Office and Bureau of Animal Protection.

The horses were taken to the Harmony Equine Center, a private nonprofit facility that rehabilitates neglected and mistreated horses that have been removed from their owners by law enforcement authorities. 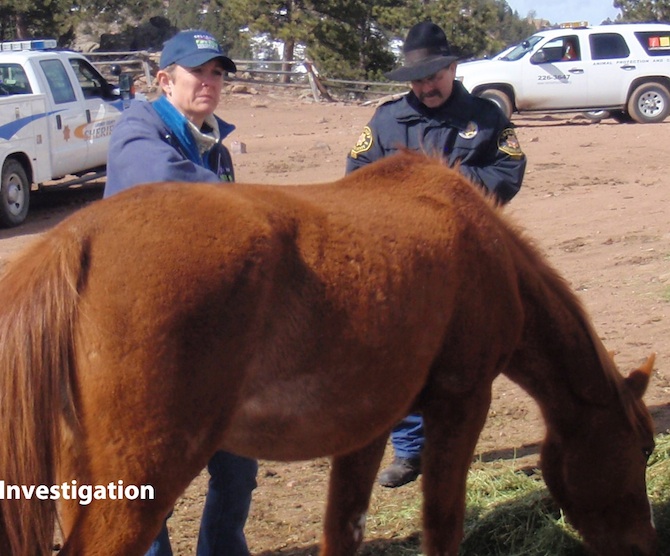