Two Chicago dogs, one abused and one the pet of a deceased Iraq War Vet get new start in Colorado

Tuesday, December 28th, 2010: From a puppy Porgy endured nearly 2 years of abuse at the hands of his person. He was impounded at Chicago Animal Care & Control in May 2009 while police investigated his former owner for cruelty. During that time Chicago Court Case Dog Program tried to work with Porgy but the stress was too much. He began injuring himself by pushing against the bars of his kennel.

Apollo was the pet of an Iraq war veteran who passed away shortly after returning home. He was adopted by the decedent’s twin brother but he too passed away. The mother of the twins took Apollo in, but the stress was too much; she took him to a veterinarian and never returned. The vet was about to euthanize Apollo when Safe Humane Chicago stepped in and found him a fourth home with another veteran but Apollo did not get along with the other family dog so a fifth person who ran a doggie daycare fostered him for 10 months. 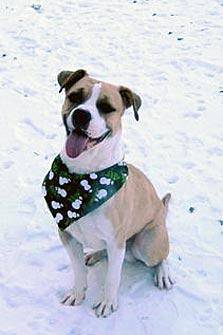 At a Best Friends conference in Las Vegas last October, the director of Project Safe Humane Chicago, Cynthia Bathurst met Aimee Sadler, a renowned trainer at Longmont Humane Society (LHS). Aimee is known for her work with rehabilitating under-socialized dogs. Aimee was familiar with Apollo and Porgy’s plight. She asked Bathurst if Longmont Humane Society could be of assistance. “I was thrilled to hear that,” Bathurst said, “because I knew then we just may have our solution for Porgy & Apollo.”

Both dogs arrived at the Longmont Humane Society on December 15. In less than 2 weeks, Apollo and Porgy were participating in playgroups with other dogs 5 days a week. In addition, the LHS Behavior Department, known throughout the country for their success rate with problem behaviors, work daily on basic obedience, leash work, kennel enrichment and experiencing new environments and situations. Aimee Sadler, Behavior & Training Program Director and Sarah Clusman Behavior & training Coordinator oversee Porgy & Apollo’s program at the Longmont Humane Society.

LHS offers some 20 dog training classes for humans and their companion dogs & puppies.

The goal is to find Porgy & Apollo a forever home. 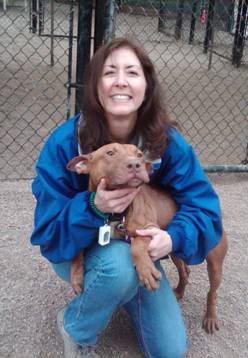