(park east of the high school; directions are posted on the website, www.starkids.org). 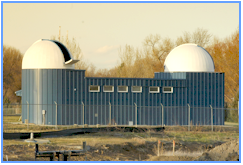 to Pluto and beyond”.

On July 14, 2015, NASA’s New Horizons spacecraft made the first-ever encounter with the dwarf planet Pluto, its giant moon Charon, and retinue of four smaller satellites. New Horizons revealed that the Pluto system is unlike any place previously explored. Dr. Spencer will discuss the many remarkable things we learned about the Pluto system, the experience of being part of the science team, and the plans for New Horizon’s continued exploration of the Kuiper Belt. 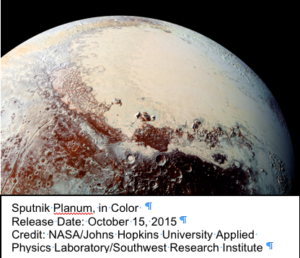 John Spencer is an Institute Scientist at the Southwest Research Institute in Boulder, Colorado, and a member of the New Horizons science team, where his roles have included ensuring safe passage of the spacecraft through the Pluto system, finding additional worlds beyond Pluto for New Horizons to explore, and planning the observations of the mission’s prime Kuiper Belt target, 2014 MU69. A native of England, he obtained his PhD in Planetary Sciences from the University of Arizona in 1987, and has since worked at the University of Hawaii and at Lowell Observatory in Flagstaff, Arizona (where Pluto was discovered) before joining Southwest Research Institute in 2004. He studies the moons and other small bodies of the outer solar system using ground-based telescopes, the Hubble Space Telescope, and close-up spacecraft observations. He was a science team member on the Galileo Jupiter orbiter and continues to work on the science team of the Cassini Saturn orbiter. Among other work, he was involved in the discovery of current activity on Saturn’s moon Enceladus, solving the mystery of the black-and-white appearance of Saturn’s moon Iapetus, and the discovery of oxygen on the surfaces of Jupiter’s icy moons.

Weather permitting after the presentation, visitors will be invited to look through the large telescopes at various celestial objects.

Public star nights at LTO are held the third Friday of each month (except July, when the facility is closed for annual maintenance). No reservations are necessary for these nights. Just come and join in for the talk and some observing afterwards.

If you have any questions, please call the observatory information line at 970-613-7793 or check the LTO web site at: www.starkids.org [1]