Senate Bill 65 passed the House this week. This is my medical transparency bill, requiring doctors, clinics and hospitals to list the prices of their most common practices. After the Senate approves House amendments it will be off to the Governor for his signature.

This morning I was honored to be the Senate Sponsor of a resolution commemorating the 100-year anniversary of Estes Park.

I was joined in the Senate Chamber by Representative Perry Buck and several officials from Estes Park.

As a part of my presentation to the Senate, I shared a story that demonstrated the resiliency and community of Estes Park. Several years ago my wife and I were staying in Estes, when very early in the morning we were awakened by the swirling lights and commotion that denoted a fire. When I looked out the window, I realized that the Park Theater Mall was being destroyed, dramatically changing the landscape of this picturesque town.

But what was remarkable, was that not only did I see the Estes Park fire Department respond, but the whole community came together. Everyone did what they could to help. These efforts were not in vain. I was in Estes recently, and drove by the historic Park Theater, which had been right beside the Park Theater Mall. It is still standing, mountain strong, in the middle of the town. The people of Estes Park weathered that storm, showing the strong spirit of these resilient people.

After five months of preparation the Joint Budget Committee (JBC) “closed the budget” meaning we concluded the first phase of passing a balanced budget through the legislature.

In November the Governor submitted his budget requests and we began hearing JBC staff reports on the needs in every department of state government. Next came hearings with every department. Then, after a couple of weeks of “supplementals” where we trued up the budget for this year, we began the task of figure setting. This is going line by line through the budget and approving (or not) department and JBC staff recommendations.

This we completed earlier this week and tackled the final step, which is to balance all of our income with the expenses. We were only about $500,000,000 off! With some carving, some juggling, and a lot of discussion with leadership in the House, Senate and Governor’s office, we finally had a balanced budget.

Next week, the Senate as a whole will consider the budget. The week after, the House. Whatever amendments come out of both houses will be considered by the JBC and ultimately put on the Governor’s desk.

It looks rather straight forward, and it is, if you add five month’s work for about 25 people.

For Life and  Liberty, 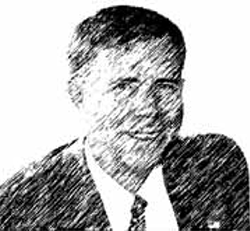