Larimer County Sheriff’s Office investigators have arrested James William Swets, DOB: 12/21/64 of Fort Collins on multiple felony counts of Sexual Assault against a Child, Contributing to the Delinquency of a Minor, Enticement of a Child and Criminal Attempt – Unlawful Sexual Contact.

Seven juvenile female victims from the Fort Collins area have been identified; however, investigators believe there may be more victims that have not yet come forward.  Investigators are asking anyone who feels they may have been victimized or anyone with information about this case to contact Investigator Bob Heffernan at 970-498-5171.

The alleged assaults are believed to have taken place over a two year period and primarily involve inappropriate touching.  Swets is also believed to have provided alcohol and cigarettes to the juveniles as well as enticing them to come to locations for the purpose of sexual contact. 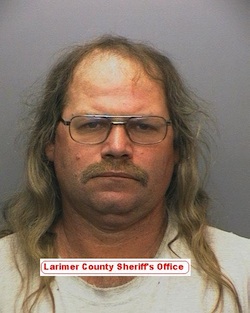 Swets was arrested for: