Nostalgia in the Garden

Planting seeds has been a human activity for thousands of years. Seed was saved and replanted again the following year. Over several generations, plants were selected for certain traits. Our edible broccoli, for example, became different from the tough, wild plants that are its ancestor.

The scientific definition of an heirloom is an open-pollinated variety—meaning the flower is pollinated by insects, hummingbirds or wind with pollen from another plant to create fruit true-to-type. Growers can save seed from their crop and sow again in following years and the plants will produce fruit with the same characteristics and quality of the parent. The seeds are often passed down so they become ‘heirlooms’.

Today, heirlooms are considered as those seeds that have been around for over 50 years. Seeds create a legacy. Heirloom gardening enables us to collect a part of history that represents valued possessions and cultural differences.

What is commonly understood is that heirloom varieties have a history, have been kept in a family or achieved a measure of local or regional fame. Many types of seeds are immigrants—cherished varieties that can be specifically tied to a group of people and were brought to America by early settlers. The preservation of these seeds was not particularly sentimental, but they became time-tested varieties that found approval. Think of an heirloom seed like a family heirloom passed down from generation to generation.

Some gardeners focus on varieties before the 1920s, and others re–create World War II Victory Gardens with introductions from the 1920s, 30s and early 40s. Many varieties are up to 150 years old and some are traditional Native American crops that are pre-Columbian. Others are old European crops in cultivation for over 400 years. 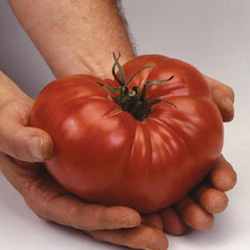 Heirloom vegetables, fruits, flowers and herbs are varieties that are open-pollinated represent a vast and diverse pool of genetic characteristics. They have remained popular with home gardeners because they grow well and have depth of flavor. They do not keep well during shipping or storage and many of them do not have consistent appearance. The harvest of heirloom vegetables are spread over a longer period of time rather than bumper crops all at one time.

Some heirlooms may be less productive in quantity, but they are adaptable to their environment within two to three growing seasons. During this time period they show better vigor, production, flavor and an increase in disease resistance. They offer a wide range of shapes, colors and tastes unavailable in modern cultivars.

With the cool wet spring Colorado has experienced this year comes issues that gardeners don’t often see. There are several ways in which water and humidity contribute to these problems:

There is also a human component – enthusiastic gardeners or those with spring fever go out in the garden every time the sun peeks out, causing soil compaction. When we step in, or work, soil that is wet, we cause much greater compaction than usual. This reduces the amount of oxygen between soil particles which is needed for healthy root growth.

To care for your plants during a cool wet spring, try the following:

And finally, remember, the sun will come out!

Q: Obviously rain in Colorado is a good thing, but it seems we’ve had more than enough lately. What does this mean for our gardens?

A: The cold, wet spring that we have been experiencing this year has been a challenge for even the most experienced gardener. It has been too cool and wet for planting pretty much everything. Soil should never be worked or dug when wet because it will cause compaction, clods, and large hard soil clumps that will have the consistency of concrete as it dries. Our clay soil in Northern Colorado needs amendments to improve porosity, aeration, and drainage, but amendment of soil should not be done while soil is wet. We need a string of warm, dry days so that our soil can be worked. Wet soil can be cold and warm weather vegetables need warm soil (above 65 degrees) to thrive. Raised beds and containers will dry out before ground soil and can be worked first. If you pick up a handful of soil and it forms into a solid ball, then it is too wet to work. Dry soil will be flakey and easily crumble in your fingers.

It will probably be better this growing season to choose vegetable plants and seeds that have a ninety day or less maturity rate to avoid an early fall killing frost. Early maturing tomatoes will likely give you the greatest yield this summer. Tomatoes do not start to thrive until nighttime temperatures are above 50 degrees and should not be planted into the ground until the sun comes out and temperatures improve.

When the weather does warm and dry out, be patient with your landscape. Allow lawns to dry before you consider turning on your sprinkler system or plan aeration. Give roses and perennials a bit of fertilizer to promote new growth. Cut back dead stems and leaves and consider applying a new layer of mulch to your plants and shrubs to help them prepare for the hot summer. Remove and replace dead trees, shrubs, and perennials after you have given them a sufficient amount of time to revive.

Looking for additional gardening information? Check out the CSU Extension Horticulture Agent blog at www.csuhort.blogspot.com [7] for timely updates about gardening around the state.