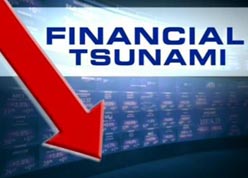 Meltdown is a four-part investigation into a world of greed and recklessness that brought down the financial world. Beginning with the 2008 crash that pushed 30 million people into unemployment, brought countries to the edge of insolvency and turned the clock back to 1929, it moves on to examine the epidemic of fear that caused the world’s banks to stop lending and how the people began their fight back. Finally, it asks how the world can prepare for the next crisis even as it recognises that this one is far from over.