By Robert B. Reich 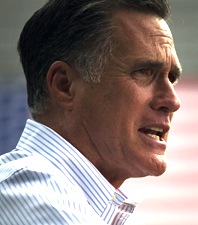 The election of 2012 raises two perplexing questions. The first is how the GOP could put up someone for president who so brazenly epitomizes the excesses of casino capitalism that have nearly destroyed the economy and overwhelmed our democracy. The second is why the Democrats have failed to point this out.

The White House has criticized Mitt Romney for his years at the helm of Bain Capital, pointing to a deal that led to the bankruptcy of GS Technologies, a Bain investment in Kansas City that went belly up in 2001 at the cost of 750 jobs. But the White House hasn’t connected Romney’s Bain to the larger scourge of casino capitalism. Not surprisingly, its criticism has quickly degenerated into a “he said, she said” feud over what proportion of the companies that Bain bought and loaded up with debt subsequently went broke (it’s about 20 percent), and how many people lost their jobs relative to how many jobs were added because of Bain’s financial maneuvers (that depends on when you start and stop the clock). And it has invited a Republican countercharge that the administration gambled away taxpayer money on its own bad bet, the Solyndra solar panel company.

But the real issue here isn’t Bain’s betting record. It’s that Romney’s Bain is part of the same system as Jamie Dimon’s JPMorgan Chase, Jon Corzine’s MF Global and Lloyd Blankfein’s Goldman Sachs—a system that has turned much of the economy into a betting parlor that nearly imploded in 2008, destroying millions of jobs and devastating household incomes. The winners in this system are top Wall Street executives and traders, private-equity managers and hedge-fund moguls, and the losers are most of the rest of us. The system is largely responsible for the greatest concentration of the nation’s income and wealth at the very top since the Gilded Age of the nineteenth century, with the richest 400 Americans owning as much as the bottom 150 million put together. And these multimillionaires and billionaires are now actively buying the 2012 election—and with it, American democracy. … Read More [2]

‘Kiss My Ass’: Fear And Loathing In The Romney Campaign [5]

According to a CNN transcript, American reporters were calling out questions in frustration as Romney walked away at a public plaza near Poland’s Tomb of the Unknown Soldier, when press secretary Rick Gorka confronted them.

CNN: “Governor Romney are you concerned about some of the mishaps of your trip?

NYT: “Governor Romney do you have a statement for the Palestinians?

NYT: “Governor Romney do you feel that your gaffes have overshadowed your foreign trip?”

CNN: “Governor Romney just a few questions sir, you haven’t taken but three questions on this trip from the press!

NYT: “We haven’t had another chance to ask a question…”

Gorka: “Kiss my ass. This is a holy site for the Polish people. Show some respect.”

Within moments, Gorka told Jonathan Martin, a reporter for Politico, to “shove it. … Read More [5]