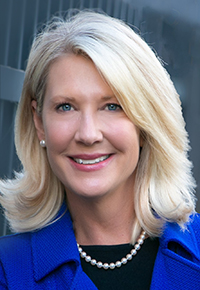 The Community Foundation of Northern Colorado Board of Trustees announces it has hired Kristin Todd to serve as the organization’s president and chief executive officer. She most recently served as executive vice president for the Denver-based Daniels Fund, one of the largest private foundations in the Rocky Mountain West, with assets of approximately $1.5 billion. Kristin, who joined the Daniels Fund staff in 2003, oversaw all aspects of the organization’s grants program.

“Kristin Todd is a visionary leader with a long history of executive leadership at foundations in Colorado,” said Denise Juliana, chair of the Community Foundation Board’s search committee. “Her experience in maximizing community impact through strategic philanthropy, creative partnerships, and authentic collaboration will serve the Foundation and its communities well. Kristin’s success is grounded in trust and relationships with diverse stakeholders, and we look forward to expanding our impact and legacy with her inspiration and direction.”

Before the Daniels Fund, Kristin was associate vice president of El Pomar Foundation. She has served in multiple volunteer roles, including chair of the board at the Colorado Nonprofit Association and as board member of Philanthropy Colorado, and played key leadership roles in advancing Colorado’s philanthropic and nonprofit sectors.

“It’s an honor to be selected as the next president and CEO of the Community Foundation, which is recognized as a champion for philanthropic giving and community action,” Kristin said. “The Foundation plays a significant role in the region, and I’m thrilled to have the opportunity to partner with the communities of Northern Colorado to expand the Foundation’s influence and impact in shaping a better Colorado.”

Kristin, her husband John, and 9-year-old son Charlie will be moving to Fort Collins this spring. The family is excited to make Northern Colorado their home and become a part of its growing, vibrant community. They have two beloved golden doodles, Chesley and Rosie, who Kristin says “rule the roost.”

The Foundation engaged Denver-based White River Strategy to conduct a national search to replace Ray Caraway, who departed in September after serving as president/CEO for more than 17 years.  Kristin will officially begin her duties April 26, 2021.