Where oversight and accountability have failed, Snowden’s leaks have opened up a vital public debate on our rights and privacy 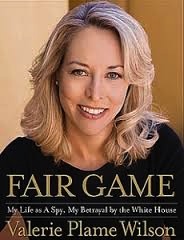 Let’s be absolutely clear about the news that the NSA collects massive amounts of information on US citizens – from emails, to telephone calls, to videos, under the Prism program and other Fisa court orders: this story has nothing to do with Edward Snowden. As interesting as his flight to Hong Kong might be, the pole-dancing girlfriend, and interviews from undisclosed locations, his fate is just a sideshow to the essential issues of national security versus constitutional guarantees of privacy, which his disclosures have surfaced in sharp relief.

Snowden will be hunted relentlessly and, when finally found, with glee, brought back to the US in handcuffs and severely punished. (If Private Bradley Manning’s obscene conditions while incarcerated are any indication, it won’t be pleasant for Snowden either, even while awaiting trial.) Snowden has already been the object of scorn and derision from the Washington establishment and mainstream media, but, once again, the focus is misplaced on the transiently shiny object. The relevant issue should be: what exactly is the US government doing in the people’s name to “keep us safe” from terrorists?

Prism and other NSA data-mining programs might indeed be very effective in hunting and capturing actual terrorists, but we don’t have enough information as a society to make that decision. …