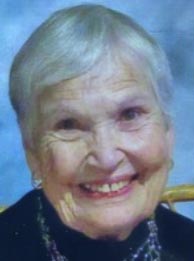 Anne Allison Anderson, a longtime resident of Loveland, passed away on August 23, 2022 at the age of 93. Anne was born in Moscow, Idaho on May 13, 1929 to John and Ruth Howard. She spent her early years in Moscow and Salt Lake City, Utah. Her family moved to Boulder, where she graduated from Boulder High School and later the University of Colorado.

After World War II, her father was deployed to Italy and the family relocated to Rome. She loved learning the Italian culture and language as she explored and adventured through Europe by rail with her sisters Jane and Sally.

It was there that she met her future husband and lifelong love, Fred Anderson, who was stationed in Germany and happened to be on leave in Rome. She married him on April 22, 1954. They were partners in love and life for 57 years.

Anne and Fred were a team during his political career. Anne’s smile led the way. She never met a stranger, and never forgot a name. She could always find someone she knew in common with a new acquaintance. After Fred passed, Anne moved to Hillcrest, where she became an honorary ambassador, showing new residents the ropes and helping them adjust to their new surroundings.

Her faith and her church, Trinity Lutheran, were at her core. The choir held a special significance, as she sang and rang the bells for over 40 years before retiring just this year.

She was an avid reader her whole life, belonging to three different book clubs. She never read a book she didn’t love. Anne became a golfer later in life and spent summers enjoying the links with many different groups. She and Fred shared many travel adventures together—river cruises and even a trip to Antarctica. They enjoyed following their grandkids’ adventures and exploits through the years.

Anne was a volunteer at heart. She served on the United Way board, Foothills Gateway, Philo, McKee Foundation, and Loveland Loves to Read, for years. Anne and Fred were instrumental over four decades in supporting many local charities including the House of Neighborly Service and Project Self Sufficiency, as well as volunteering for many other organizations and providing community service.

She is survived by her four children, Todd (Susan), Mark (Rona), Eric, and Kathryn (Bassam) ; seven grandchildren; and eight great grandchildren. Her husband Fred, sisters Jane and Sally, and great grandson William preceded her in death.

Anne is remembered by all who met her. Her huge smile and gift of conversation made for many friendships wherever she went.

Services will be held at Trinity Lutheran Church, 3333 Duffield Ave, Loveland, on Wednesday, August 31, 2022 at 10:30 a. m. A reception will follow in the Fellowship Hall, her favorite place. If you are unable to celebrate her extraordinary life with us, you can livestream the service at https://youtu.be/IgeIM0LOKwg [1]

The family asks that any memorials be made to Trinity Lutheran Church, the House of Neighborly Service, or to Project Self Sufficiency in care of Kibbey-Fishburn [2] Funeral Home.