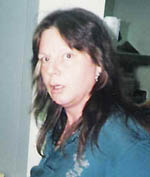 Haworth was born November 11, 1955 in Longmont, Colo., to Robert G. Haworth and Avis Haworth (Sines). She worked at the Wayside Inn in Berthoud for 33 years.  She enjoyed reading, fishing, boating and was a fixture in the town.  Haworth was baptized and raised as a Methodist.

Haworth was preceded in death by her father, Robert G. Haworth; grandparents, Roscoe and Grace Haworth, Guy and May Sines; and other aunts and uncles.