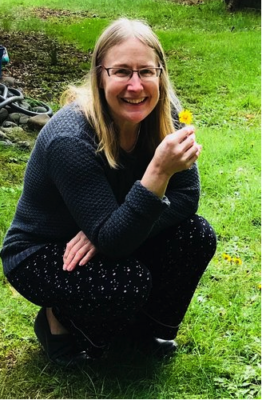 Danita (always known as “DD”) was born in Faribault, Minnesota to John and Dottie Nesseth.  She spent her early years growing up in rural Minnesota where she grew up as a “tomboy”, enjoying horseback riding, caring for the farm animals, playing in the snow, and snowmobiling.  Her family had a strong Christian faith, so many of DD’s activities were centered on her church, including lifeguarding at their summer camp, along with her older brother Jay (which she really loved).

DD moved to Berthoud, Colorado in 1977, attended Berthoud High, and graduated in 1979.  During those years in school, DD was popular and well-liked by all who knew her, was a cheerleader, sang in the school choir, and was especially athletic in track; always the final leg in the 400 meter relay and faster than many of the boys!

The love of DD’s life was Greg Holst, whom she met in high school and then in 1983 at a health club where Greg was an athletic trainer.  They married June 15, 1985.

DD and Greg lived in Whittier, CA, 1985 through 1990 while Greg was attending Chiropractic College.  They then moved to Denver, CO for Greg to attend and finish medical school in 1995 and then to Fort Collins, CO for his residency in 1998.  DD was always a hard worker following high school graduation until she settled on becoming a certified optician which she did for 20 years.  Their beautiful daughter Jaynah was then born there on May 12, 1998.

DD’s family moved to rural Phillips County (eastern Colorado) for Greg to pursue his dream of being a rural family physician.  DD enjoyed being a mother, made a lot of new friends, continued to enjoy her Church activities and then their wonderful son Sean was born, April 16, 2002.  She became a member of an acapella quartet, performing throughout Phillips County and became a member of the local hospital foundation, enjoying helping with fundraising.  Her most cherished times at this time in her life continued to be a mother and spending time with family.  When the children were young, they would always have a 2-week summer drive trip where they visited many of the state and national parks in the western states.  DD especially liked gathering rocks as souvenirs from various sites.

In 2007 DD and her family relocated to Eureka, CA when her husband took a new job at the Eureka Family Practice, the family continued to love outdoor activities, including camping at Ruth Lake with friends and again, summer vacation drive trips.  With the children in school, DD decided to work again and worked at St. Joseph Hospital in various capacities – the hospital foundation, pharmacy, and radiation oncology, and worked until she was no longer able.

During her years in Eureka, DD continued to have her faith direct all aspects of her Christian life and sang in her church choir, and above all, put her family above all things.  DD was loved by all who had the privilege of knowing her and after so many years of illness, she is now with her Lord and Savior and no longer suffering.

The family would like to thank Eureka Rehabilitation and Wellness Center, along with Dr. Lei Han, for the great care DD received while under their care for the last 2 years of her life.

There will be no funeral, but there will be a celebration of life with family in Colorado at a later date.

In lieu of flowers, donations can be made to the Alzheimer’s Association or UCSF Memory and Aging