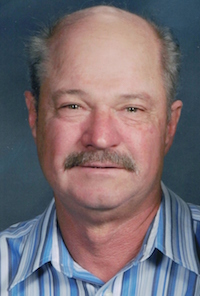 Harold “Ed” Hall was born June 22, 1947 in Lone Tree, Iowa and died August 6, 2017 at his home in Berthoud, Colorado. Ed grew up on a farm in Lone Tree and often helped with the family farm. He was a life-long trucker who, for ten years, jointly owned Hall and Associates with his brother Bob. He also served in the Navy during the Vietnam conflict. Ed never met a stranger and helped down and out people by providing them with work and housing.

He was preceded in death by his parents, Cleo and Kathryn Hall and his brother Ernie Hall.

A celebration of life will be held Saturday, August 12, 2017 at 1:00 PM at 306 Hubbell St. in Berthoud, Colorado.  In lieu of flowers, make donations to American Heart or the Diabetes Association. Go to www.viegutfuneralhome.com [1] for on-line condolences.